From Zero to Thirteen in Just Five Years

The mission of the Campaign for Free College Tuition is to make two- and four-year public colleges tuition free in all 50 states. Since we started the organization five years ago, we have experienced increasing momentum across the country toward that goal, particularly with regard to community colleges. Today, twenty-one states have some type of free college tuition program, thirteen of which are sufficiently robust to be checked off as milestone achievements on our way to our celebration of mission accomplished. 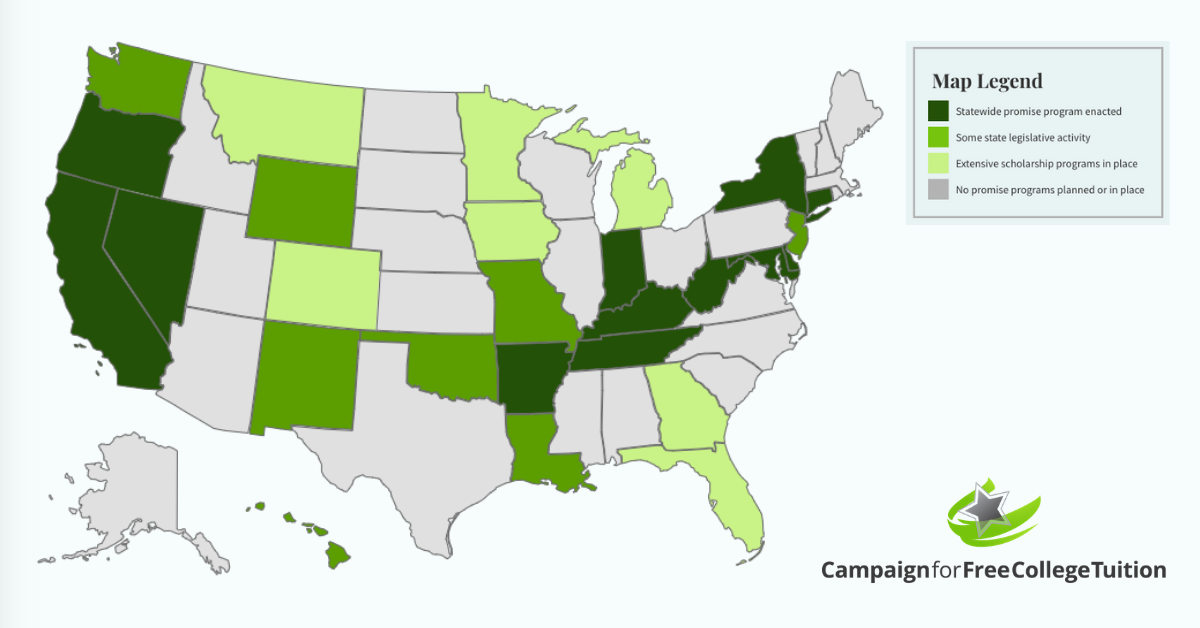 As we pause to look back for just a moment and reflect upon how many students and families our efforts have benefited, the role community colleges play in providing a unique higher education experience deserves a prominent spotlight. According to an ACE Higher Education Today blog post, “in 2016, community colleges served nearly half (46 percent) of all undergraduates enrolled in higher education. That’s over 8.5 million students. Public four-year colleges and universities enrolled 31 percent, followed by private nonprofit four-year institutions at 15 percent, and for-profit institutions at 8 percent.”

It is also important to note that nearly half (49 percent) of all students who earned a Bachelor’s degree in 2016 began their college career at a community college. In states with tuition-free community college, transfer students could potentially earn their bachelor’s degree while paying only half the tuition of those who directly enrolled in a four-year college or university. 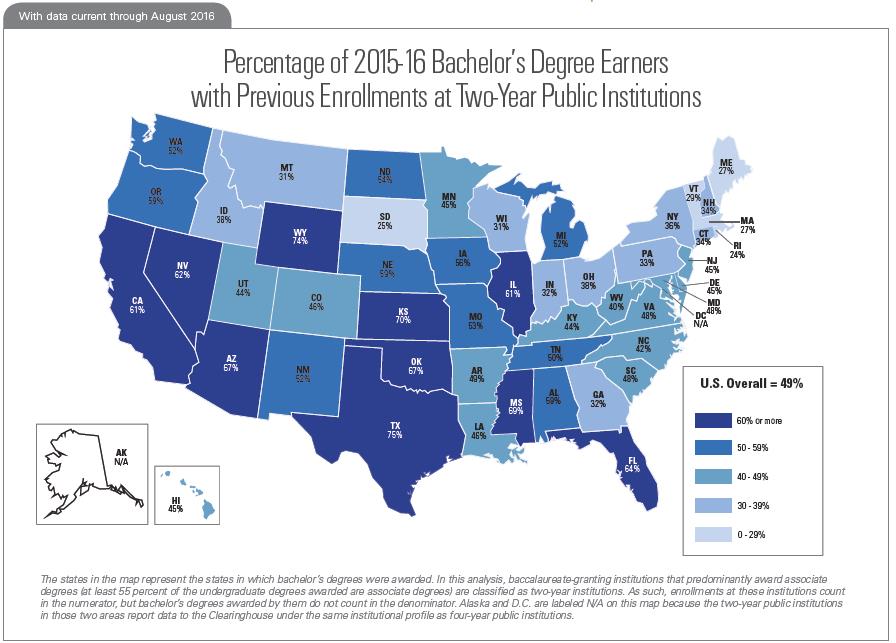 However, the Campaign for Free College Tuition’s momentum hasn’t just benefited students in states that have adopted some form of free college tuition. It has also brought about a much needed increase in financial support for higher education institutions in those same states. The Century Foundation estimates that recently enacted free college tuition programs comprise nearly one-quarter of the growth in state public student aid since 2015 in the entire country. In fact, due to the increasing popularity of free college tuition in states across the country, total investment in state programs enacted since 2014 has risen by an average of $107 million per year over the past three years. 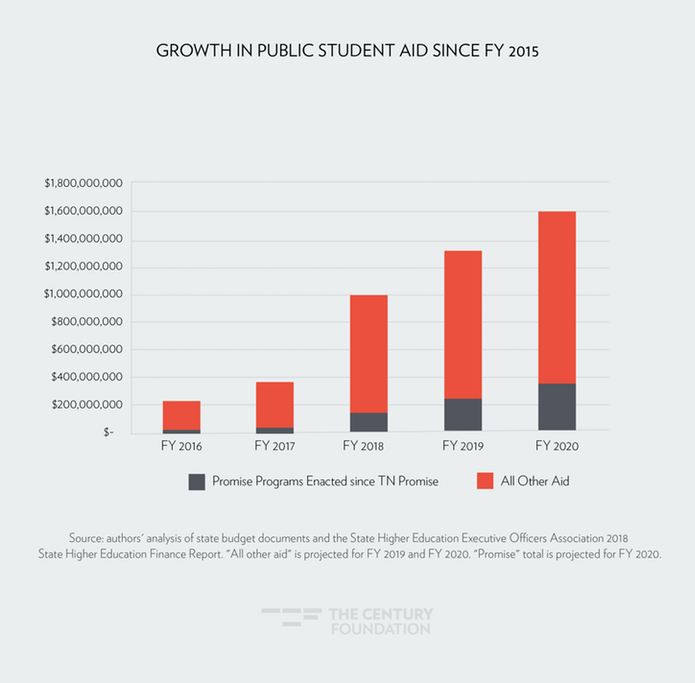 Even as we continue to work to extend the benefits of free college tuition to states that have not yet taken that step, we want to acknowledge the hard work of those that have successfully championed the idea in their state or community. Thanks to our efforts and your support, millions of American families are enjoying new economic opportunities and community colleges across the country are gaining the resources they need to improve economic mobility for their students.

Congratulations and Happy Anniversary to the entire CFCT family!