At a time when the cost of college is skyrocketing and thousands of Americans are in default on their student loans, it feels like 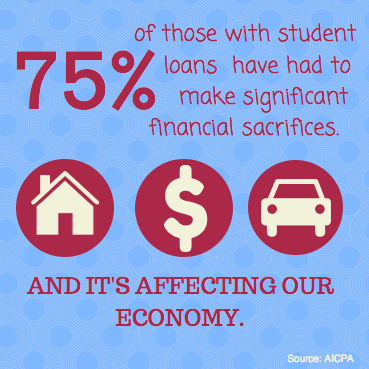 higher education financing reform is on everyone’s mind. Politicians in Washington have drafted their own solutions, but no one is getting help from across the aisle. Cue Redeeming America’s Promise, (RAP) a new nonprofit, bipartisan organization with an innovative plan to curb the costs of college tuition. The cornerstone of Redeeming America’s Promise plan is the establishment of an American Promise Scholarship program that would provide every academically qualified student from a middle or lower income family enough money to pay for tuition at either a two or four year college. Successful “Promise” scholarship programs already exist in several states and localities. They’ve helped thousands of students earn a college degree - but RAP is the first organization with a detailed plan on how to bring free college tuition to the national level. Backed by former Democratic and Republican elected officials, public policy experts and everyday Americans, RAP seeks to gather enough momentum to fundamentally change the way students pay for college - for the better.

RAP’s plan would require congressional approval and action by state governments, meaning that the fight is only just beginning. Still, when a record 1 in 5 households now owe student loan debt, it’s clear that change is imperative.