Americans are switching jobs at a record pace, demonstrating their desire for a different work experience post-pandemic. CFCT’s latest national survey, conducted in February 2022, shows that this desire also makes the idea of tuition-free college exceptionally popular across the political spectrum.

Our newest survey shows that 79% of US adults support the concept of states providing free public education to people who are academically qualified. For those who have followed years of CFCT polling, you know this is close to a high-water mark in the six years we have been asking the question. To garner support that strong, an issue must have support from all demographic groups – age, gender, ethnicity, socio-economic status and, even by political affiliation. That continues to be the story of free college tuition. Bi- and tri-partisan support is the signature of the free college tuition concept, at least among the US population, if not in the halls of Congress. 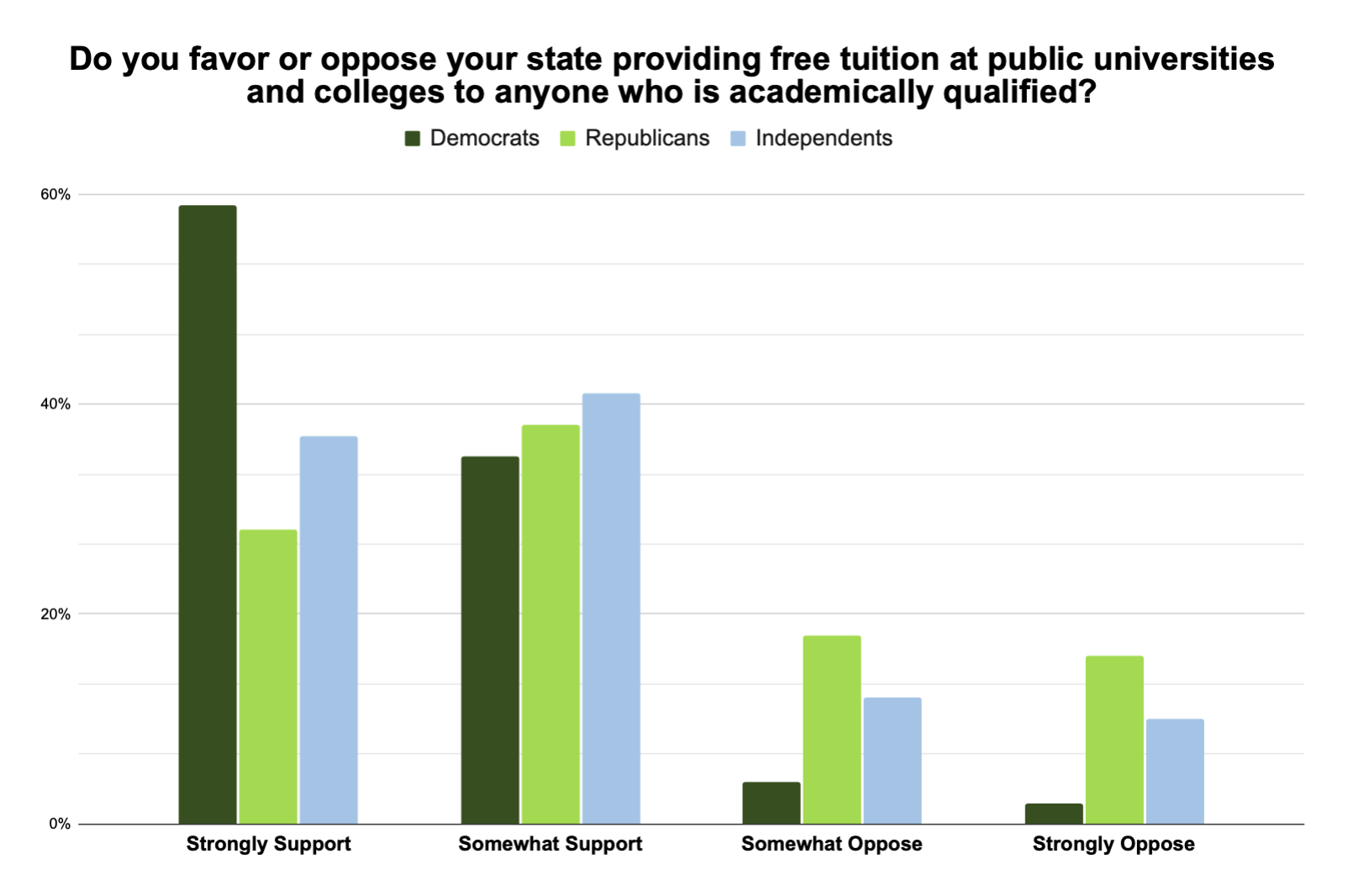 Sixty-six percent of Republicans strongly or somewhat support the idea. 78% of Independents. In an era of distinct and real policy differences by political party, free college might be the issue that bridges those gaps better than any other.

This survey tackled another hot button issue in education and workforce development: what do we do about skilling, re-skilling and up-skilling adults for the millions of open jobs and for the types of jobs that are being created for the future. Once again, and in possibly more impressive unanimity, Americans believe that public education and training should be free to adults who want and need it. 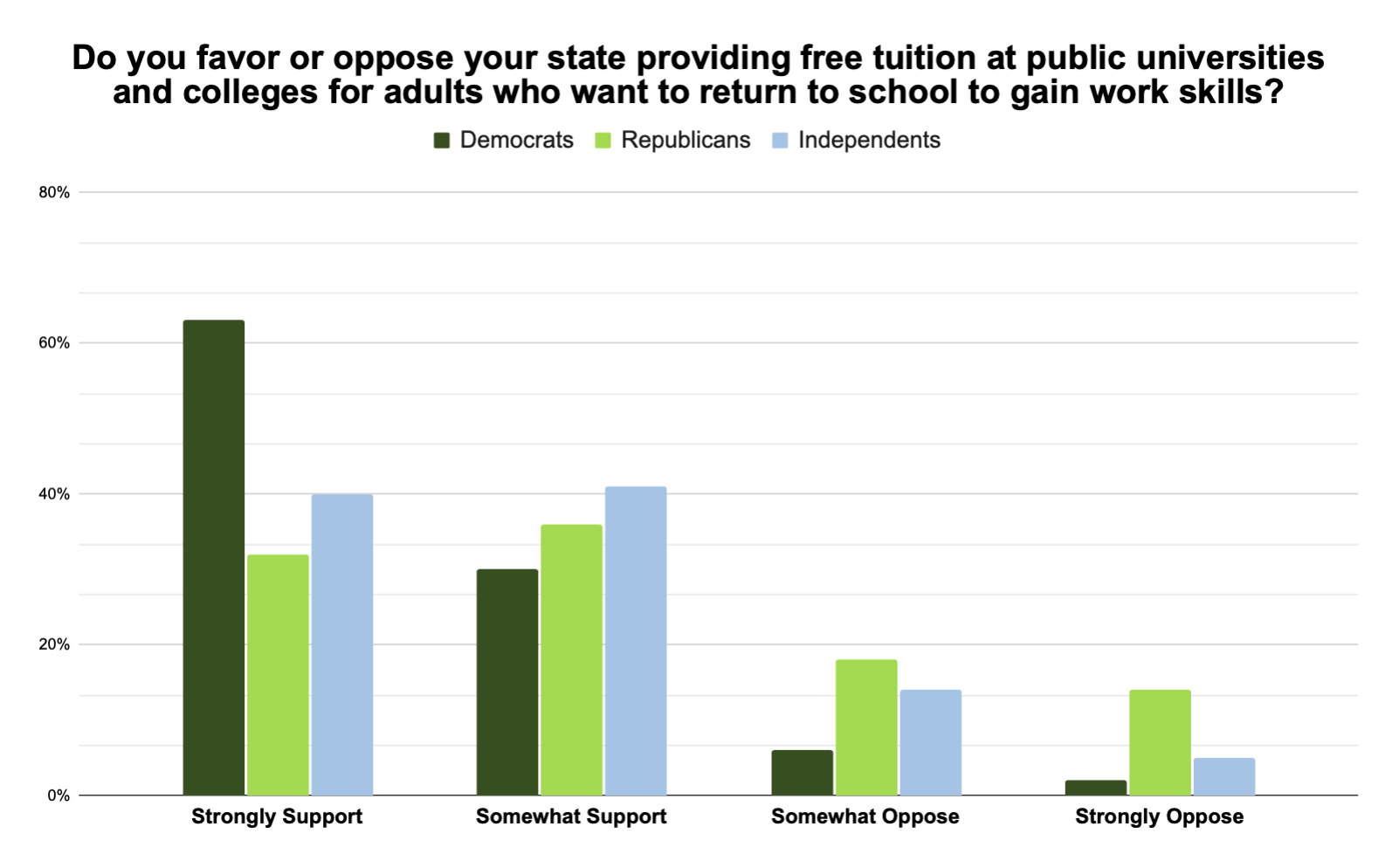 The support for adult education should be a clarion call to the 46 states that have set education attainment goals for their population. States seeking to meet credential or degree attainment levels will have to address the issue of an under-educated adult population, and the American public supports those states providing the necessary resources and opportunities tuition-free.

To make the case for free college tuition and training even more compelling, there is a growing demand for education services among the adult population in America. For the first time, CFCT asked adults whether they intended to enroll in education or training in the next two years. Reflecting the pent-up demand for a better job, 37% of all adults said they intended to do so. either immediately or in the near future. 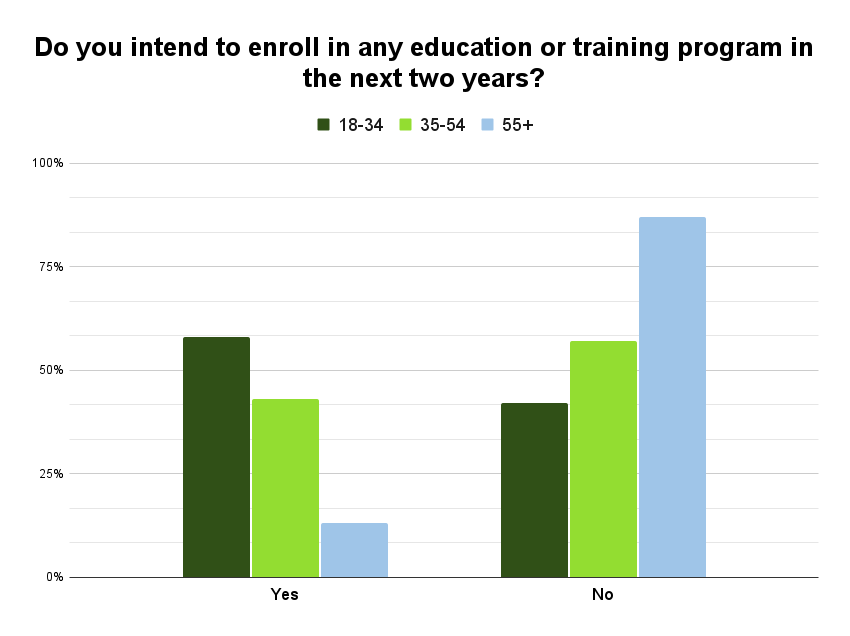 The numbers for every age group show that as the economy changes and Americans assess their challenges, needs and opportunities, they believe education and training is a key part of their individual strategy to get a better job. And, importantly, Americans of all ages believe those opportunities should be provided by their states tuition-free.

Jack MacKenzie is the President and Founder of CollegeAPP, a data analytics service created to help colleges and universities deploy strategies to identify and attract potential adult students.

The CFCT February Issues survey was fielded with a national panel January 30-February 5, 2022. The survey sample was comprised of 1,000 people aged 18+.  The survey sample was balanced to the US population for age, gender, ethnicity and region of the country. The data was weighted to match education attainment among the adult population in America. The results have a Margin of Error of +/-3.2%.