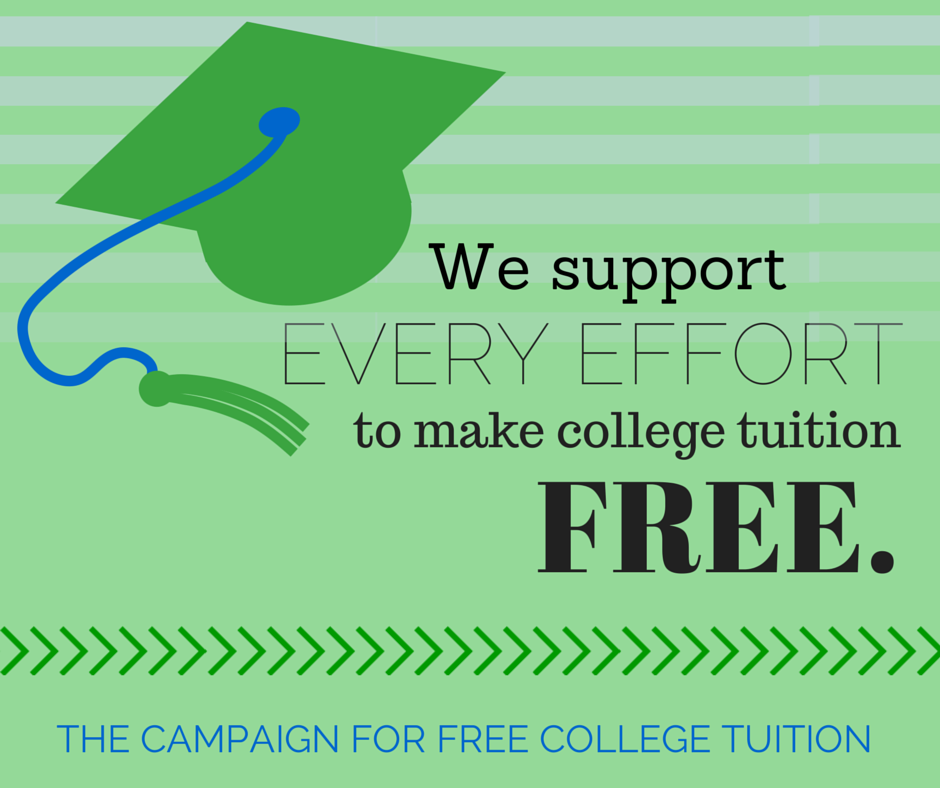 Speaking at PromiseNet 2014, a conference held for community stakeholders of free tuition “promise scholarships,” CFCT President Morley Winograd addressed his organization’s expanded mission: “College tuition should be, can be free, and is already free thanks to leadership in education-focused communities across America.”

Mr. Winograd moderated the PromiseNet panel “Partnerships of Promise: Local & National Working Together” and emphasized that while CFTC remains committed to educating policymakers that the federal government already spends enough money to offer free tuition at every public college, “we must not wait for Washington comity.  We also need to do everything possible to support the many communities – and the State of Tennessee – that have established free college tuition programs serving as models for others to follow.

Earlier this month, CFCT representatives visited with staff of Tennessee Governor Bill Haslam to discuss implementation of the recently enacted “Tennessee Promise.” That program will make public community and technical colleges tuition free for Tennessee high school graduates.  To date, more than 90% of the state’s high school seniors – 56,000 plus students – have submitted a Tennessee Promise application.

“In today’s economy, we need an even more educated workforce that can only be built by making college tuition free,” Mr. Winograd stated. “We applaud Governor Haslam’s leadership in establishing a Tennessee Promise and will use the information obtained in Nashville to work with other governors and state officials across America to create similar plans.

James Blanchard, Former Governor of Michigan, Congressman and Ambassador to Canada, applauded CFCT’s expanded state-level collaboration.  He stated, “the leadership of our nation’s governors is critical to expanding college access and making sure that businesses have access to skilled workers.”  Blanchard drove the creation of the first tuition guarantee program in the nation -- the Michigan Education Trust (MET) in 1986 -- while serving as Michigan’s Governor. Since implementation, over 100,000 Michigan students have participated in MET and received full tuition.

Originally formed as Redeeming America’s Promise in June 2014, the Campaign for Free College Tuition’s goal is to educate parents, students, the higher education community, policy makers and taxpayers about federal, state and local efforts needed to fundamentally reform our nation’s system for financing higher education.  After unveiling a federal plan to provide scholarships to cover the cost of instate tuition for low and middle income families, CFCT has attracted support online, including over 6,500 Facebook fans, and enthusiastic endorsements from former elected officials and education policy experts.

For more information about The Campaign for Free College Tuition, please visit www.freecollegenow.org.