In 2014, our nation’s smallest state, Rhode Island, had one of the highest unemployment rates in the country. It was in that year, Rhode Island voters elected General Treasurer Gina Raimondo, the state’s first female Governor in a three-way race.

Since becoming Governor in January 2015, creating high paying jobs in the Ocean State has been a priority of Raimondo’s. This required her and her staff to focus on the state’s skill gap since 70 percent of Rhode Island jobs required some postsecondary education, but more than half of adult residents only have a high school diploma.

While seeing the benefit of free college tuition for qualifying students is obvious, they aren’t the only beneficiaries. Promise Programs are not only good for the students receiving funding, an important and often missed beneficiary is the community offering the program.

For example, the Kalamazoo Promise has produced tremendous benefits for the city of Kalamazoo. In the 20 years before the Promise Program was implemented, Kalamazoo was experiencing steady population decline that totaled 20% in 20 years, stagnating wages, and high employment. The Kalamazoo Promise is helping steer the city in a new direction. In the years immediately following the implementation of the program, enrollment of local students in Kalamazoo Public Schools increased, housing values fared better than almost anywhere else in the state, wages and salary employment were the best of the 14 Metropolitan Statistical Areas in Michigan, and the population even began to increase.

Governor Bill Haslam of Tennessee is a conservative Republican. Yet his state was the first to offer free college tuition statewide via the Tennessee Promise. The program, expanded from the local Knoxville Achieves scholarship program, has attracted a lot of attention and Tennessee has become a hotbed for both democratic and republican higher ed policy makers trying to achieve the same in their state. The Tennessee Promise helped inspire President Obama’s free community college proposal and Oregon Democratic Senator Mark Hass turned to it to help that state create their own free college tuition programs. Mike Krause, Tennessee Promise Executive Director, points out “"How funny that it's Tennessee and Oregon,

A red Southern state and a blue Northwest state: two trail blazers in higher education reforms.” and Randy Boyd, Tennessee Commissioner of Economic and Community Development, simply put it, “Education shouldn't be a Democratic or a Republican issue. Some things are above politics”

The Power of a Promise: David Mann

David Mann is one success story of many that have come out of Promise Programs nationwide.

David Mann was born in raised in Kalamazoo, Michigan. His parents would have had a difficult time paying for college had he lived in any other city. David’s family encouraged him to attend college and pursue his sports marketing dreams. But it wasn’t until the fall of 2005, when the Kalamazoo School District unveiled the Kalamazoo Promise, that that dream became a reality.

In communities around the country, free college tuition is already a reality. From Kalamazoo to Nashville, students are going to college without the burden of debt thanks to “Promise” programs.

The Promise movement started in 2005 in Kalamazoo, Michigan, when a generous but anonymous gift allowed the city to promise free college tuition at any Michigan institution of higher education to graduates of the city’s public schools. Since then, the idea has expanded to communities across the country.

Where Promise programs are not yet a reality, many organizations are working to expand college access across the country. As a result of their work, more and more people care deeply about this cause. 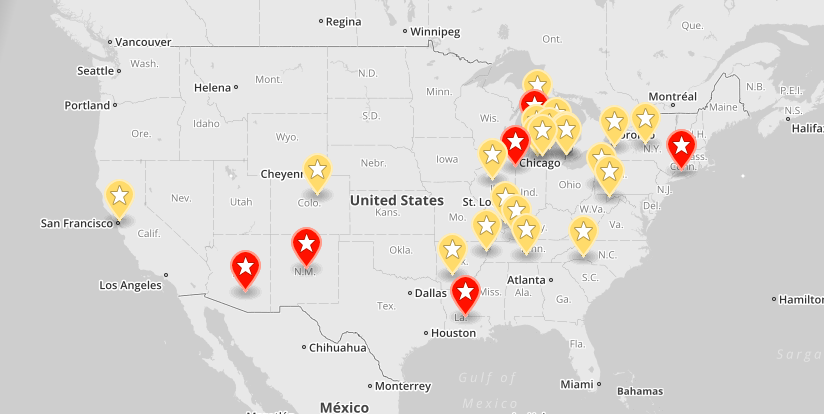 Promise Programs in the USA

While other states like Tennessee and Oregon created statewide promise programs recently, the Michigan legislature was ahead of the game in 2009 when they created “Promise Zones” in an effort to incent local community-funded promise programs. Through this initiative, Michigan has taken a unique approach to ensure that every student has the opportunity to attend college.

The Kalamazoo Promise was announced in November of 2005 after a group of anonymous donors pledged to cover the cost of tuition and fees at any one of Michigan’s 44 public colleges and universities for students graduating from the Kalamazoo Public Schools (KPS) district.[1]

The Kalamazoo Promise quickly became one of America’s most robust and inclusive Promise Programs as there where no restrictions based on financial need or field of study.  Enrolled postsecondary students must keep a minimum 2.0 GPA per enrollment period to maintain eligibility.

Tennessee is being widely recognized for its commitment to increasing access to public higher education and preparing its workforce for the challenges of tomorrow. In 2013, Tennessee Gov. Haslam launched his Drive to 55 Initiative, an initiative aimed at increasing the amount Tennesseans with a college degree or certificate to 55 percent by 2025. At the core of this initiative lies The Tennessee Promise, which provides a last-dollar* scholarship to all eligible Tennessee high school graduates covering two years of tuition at Tennessee’s public community and technical colleges. Furthermore, this has been achieved without a tax increase.

In June 2015, Oregon followed in the footsteps of Tennessee and became the second state to guarantee free community college to all qualified high-school graduates and GED completers. The program is currently being developed for implementation in the 2016 – 2017 school year and is expected to help approximately 4,000-6,000 students attend college in the first year.

Nearly a century ago, a movement that made high school widely available helped lead to rapid growth in the education and skills training of Americans, driving decades of economic growth and prosperity. America thrived in the 20th century in large part because we had the most educated workforce in the world.  But other nations have matched or exceeded the secret to our success. Today, more than ever, Americans need more knowledge and skills to meet the demands of a growing global economy without having to take on decades of debt before they even embark on their career.