CFCT polled 16 statements in July 2021 that policy makers and other proponents and opponents of tuition-free college have made to support their position(s). Jack MacKenzie, who coordinated the survey research for CFCT, said, “statements for and against free college show a consistent pattern: Americans believe the programs provide the greatest benefit to individuals -- and they don't believe it's too expensive for government to offer it.” 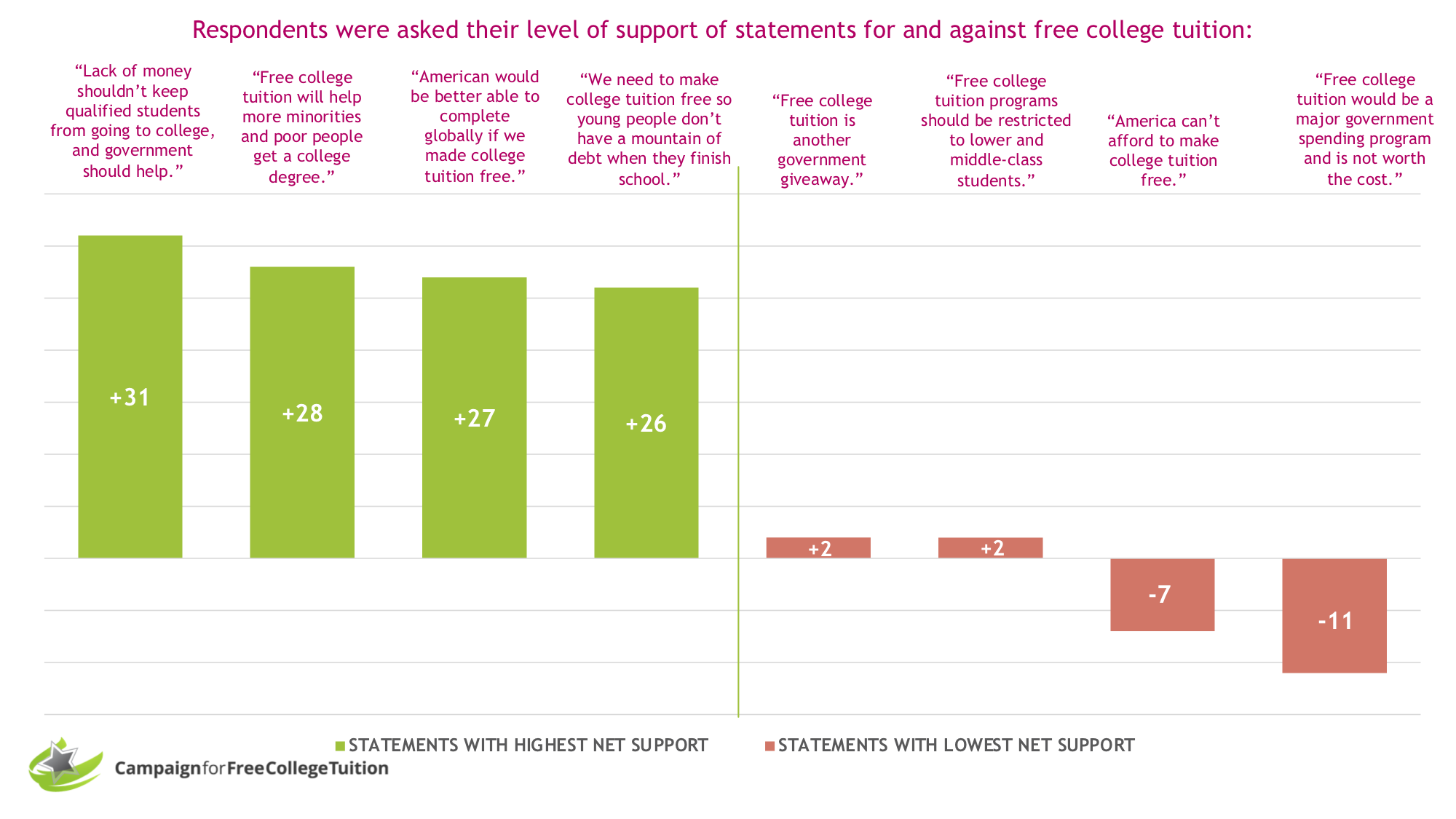 Similarly, Democrat net support for the statement “free college tuition will help more minorities and poor people get a college degree” was 59 points with Republican and Independent net support at 4 and 20 points, respectively.

Independent net support was highest for the following two statements: “adults who need new and improved skills should be able to get that education and training tuition free,” and “free college tuition would help make our educational system more equitable.” Both received 27-point net support from Independents, which is slightly higher than the overall net support for these statements.

The polling was conducted in July, 2021 in partnership with CollegeAPP, PSB Research and SurveyGizmo with 1,002 respondents age 18+. The sample has a Margin of Error of +/-2.9% and was weighted to US Census on age, gender, race, educational attainment and region of the country. 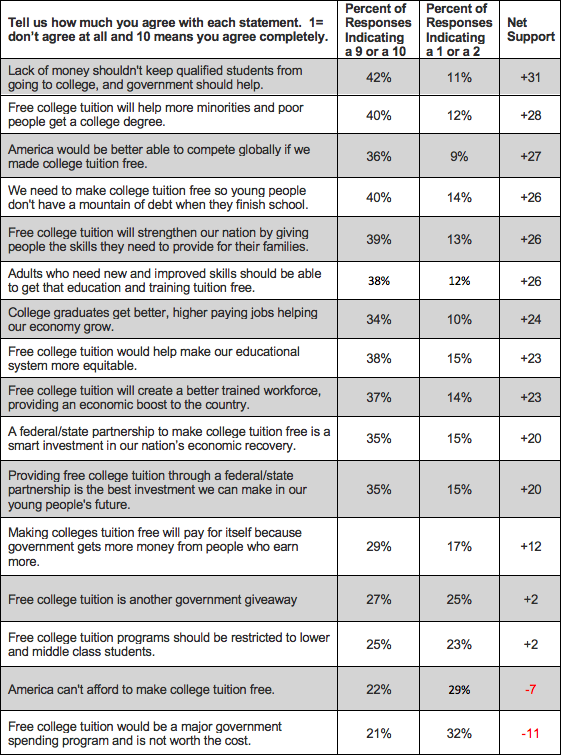