Let the Sunshine In: It’s Time for States to Step Up their Support of Higher Education

The good news is that revenues for most state governments are rising as the economy continues to recover from the Great Recession. The bad news is that most state governments are not devoting enough of their increasing revenues to restoring the draconian cuts they made in their higher education budgets in 2008-09. As we said in Step 3 of our plan to make all public colleges tuition free, the states must do their part to reduce the burden of rising tuition prices on American families if we are going to achieve our goal of tuition free college in all 50 states.

A great example of how state governments and the federal government can work in partnership to make colleges tuition free is Governor Haslam (R-TN), who has made community colleges tuition free for all of Tennessee’s high school graduates by “topping off” federal student aid with state aid that covers any remaining tuition bill a family might owe. Contrast that with the state of Arizona which has reduced per student spending for its colleges and universities by 47% since 2008. 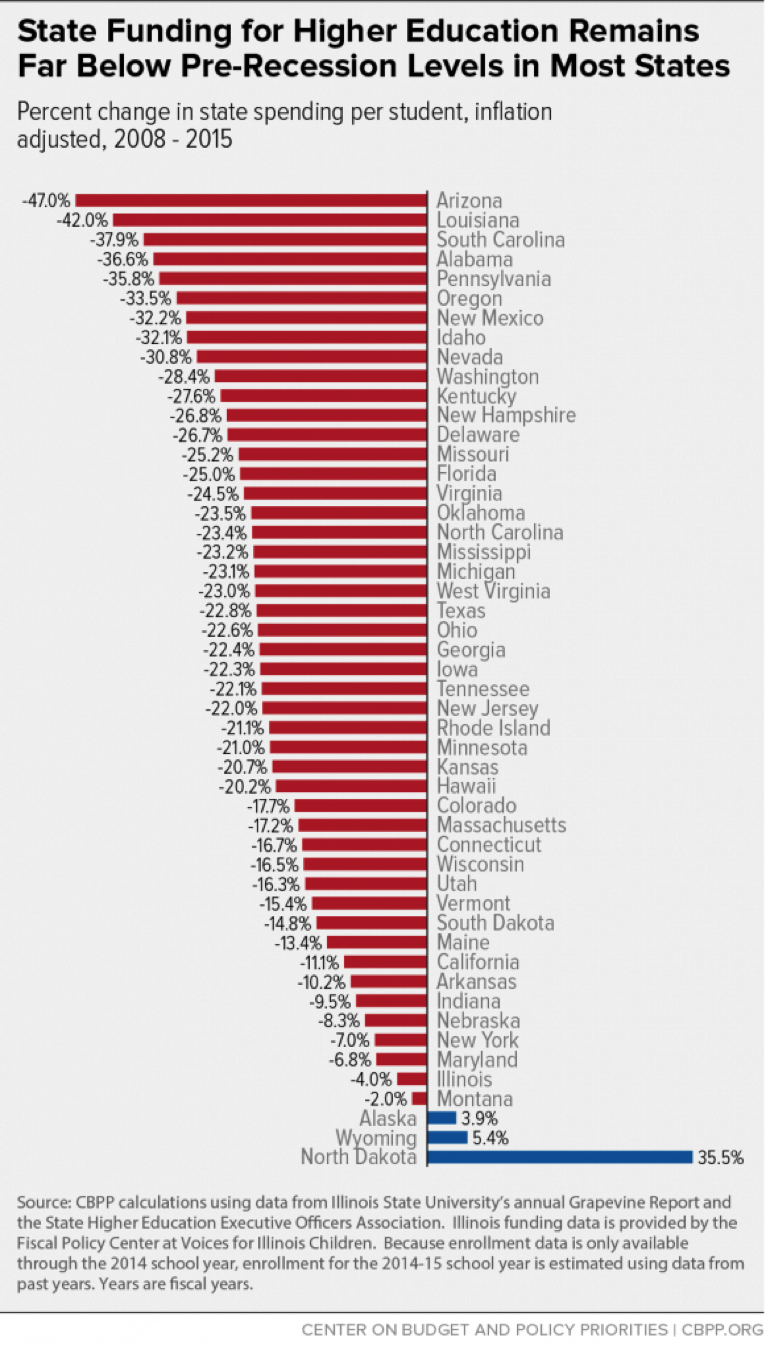 Meanwhile, in neighboring California, awash in increased revenues from a rapidly improving economy, Governor Jerry Brown has proposed spending much of this revenue windfall on the state’s three college systems, including a billion extra dollars for its 112 Community College campuses. Already two-thirds of the state’s community college students attend tuition free and all of them could with just a few hundred million more dollars in state support.

State leaders should support both federal and state efforts to make community colleges tuition free. But they needn’t wait on Congress to make it happen. Governors can take a lesson from their peer, Governor Haslam of Tennessee, and make tuition free community colleges a reality in their state. And everyone should join our Campaign for Free College Tuition to make all public colleges, both two and four year programs, tuition free.

President Kennedy once famously told Congress, “The time to repair the roof is when the sun is shining.”  The sun is shining brightly again in America. State governments need to use this moment to invest in the future of our country’s youth and ensure our economy continues to grow in the years to come.