In part to celebrate Michigan’s historic role in providing leadership on the issue of public education, our fourth Summit on College Affordability was held on November 13th in the Detroit suburb of Southfield.

In 1986, then Governor James Blanchard established the nation’s first ever prepaid college tuition savings plan – the Michigan Education Trust (MET).  To this day, MET allows in-state families to pre-purchase undergraduate tuition for any Michigan public college and university.  We were very fortunate to have Governor Blanchard join us in his capacity of Co-Chair of CFCT Advisory Board to welcome Summit speakers and guests and help frame the discussion. 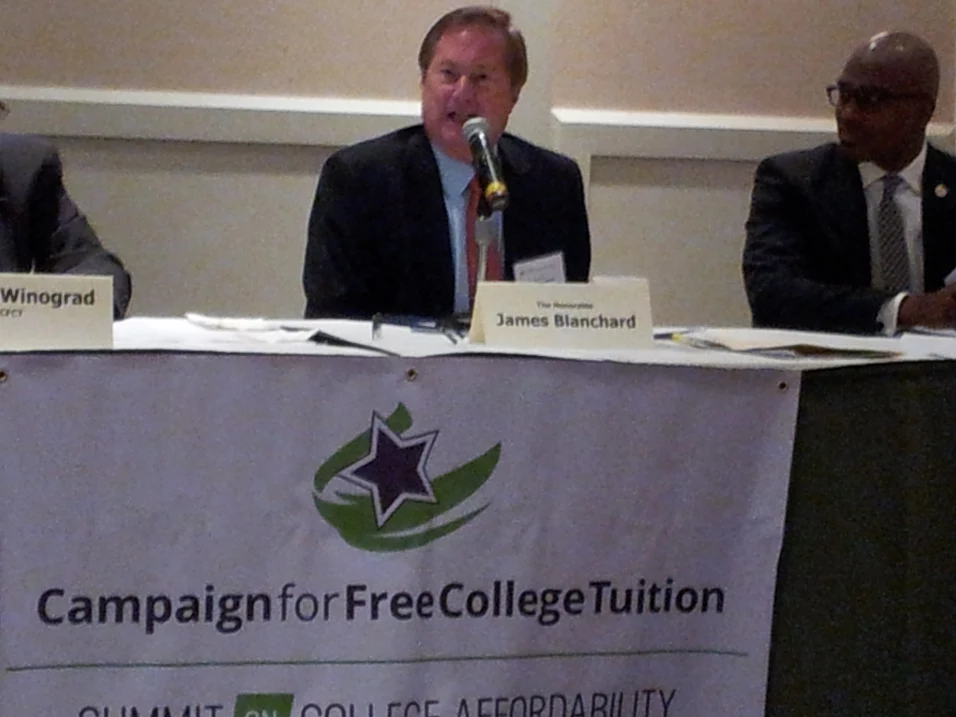 Two Michigan natives working on making higher education more affordable helped kick off the morning.  U.S. Senator Debbie Stabenow provided a welcoming video that can be seen in its entirety here.  In it she outlined her Early Pell Promise bill to make sure that students who work hard to get into college can enroll regardless of their financial circumstances.  The measure, if signed into law, would provide college financial aid information to students and their families in 8th grade based on enrollment in the National School Lunch Program. More importantly, it would make a commitment to these students that if they work hard and graduate they will receive  a Pell grant award for their first two years of college.

Dr. James Minor, Deputy Assistant Secretary for Higher Education Programs, U.S. Department of Education, joined CFCT President and CEO Morley Winograd to discuss President Obama’s plan to make community colleges free in the context of a vision for all of American education in the 21st Century. 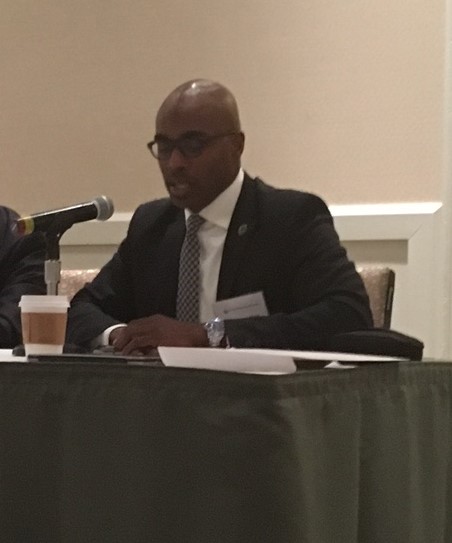 During his presentation, Dr. Minor showed a slide demonstrating that the maximum Pell Grant is unfortunately not keeping up with college cost. 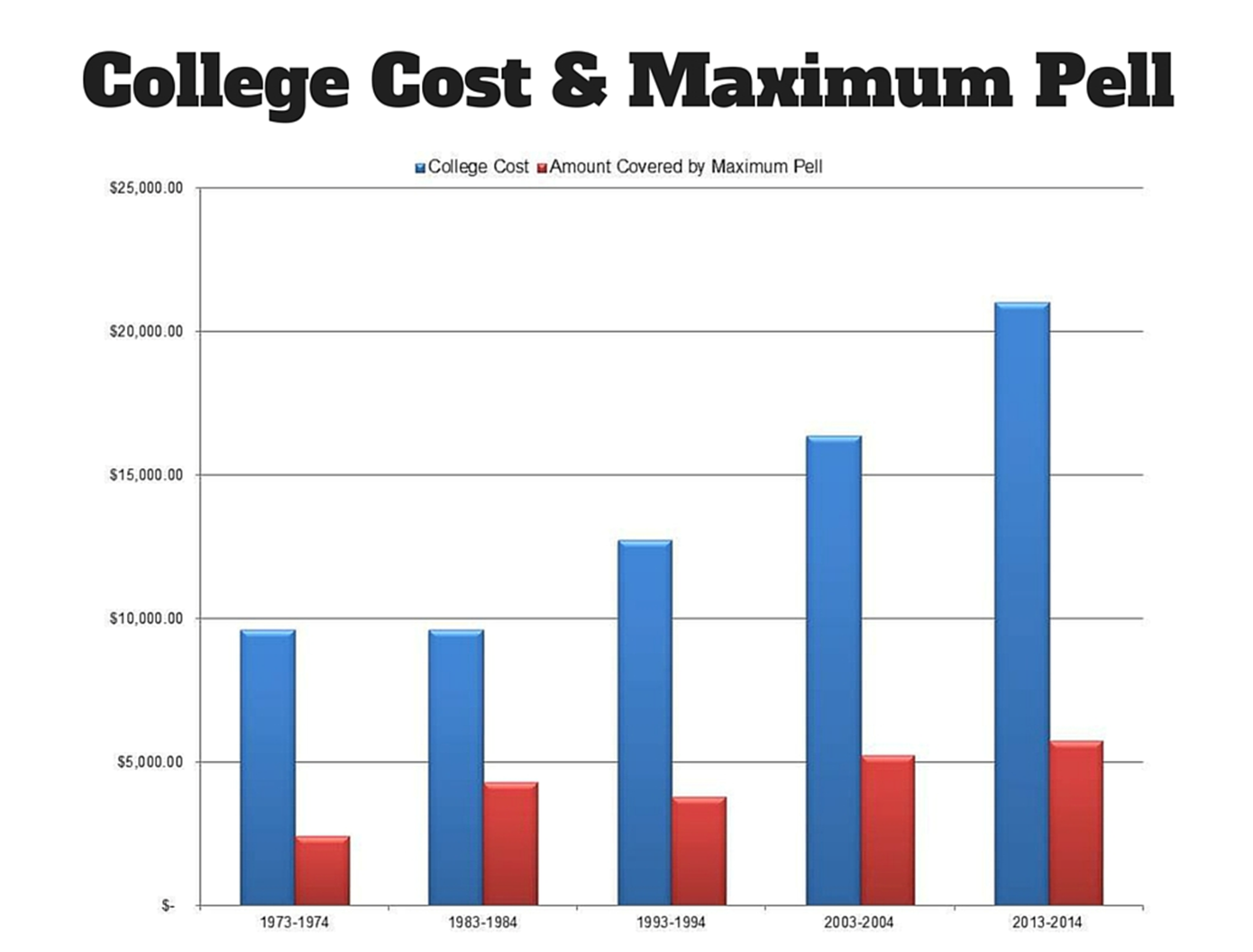 Other highlights of the Summit included:

A presentation on open textbooks which seeks to address one of most significant costs – besides tuition – of a college education.  Dave Ernst, Executive Director of the Open Textbook Network, reported the average estimated undergraduate budget for books and supplies in 2015-16 was $1,249 - $1,364.  Accordingly, as Dave outlined at the Summit, the high cost of textbooks has caused students either not to purchase required books or take other action that has hampered their academic performance. Studies have demonstrated that open textbooks, which students do not have to pay to use, have the same or better outcomes 93% of the time.

According to Dave’s presentation, faculty from just nine colleges and universities have helped students save approximately $1.5 million by adopting open textbooks. Those saving benefiting students are bound to increase as the Open Textbook Network, the Hewlett Foundation, and others encourage the adoption of open textbooks and other educational resources. 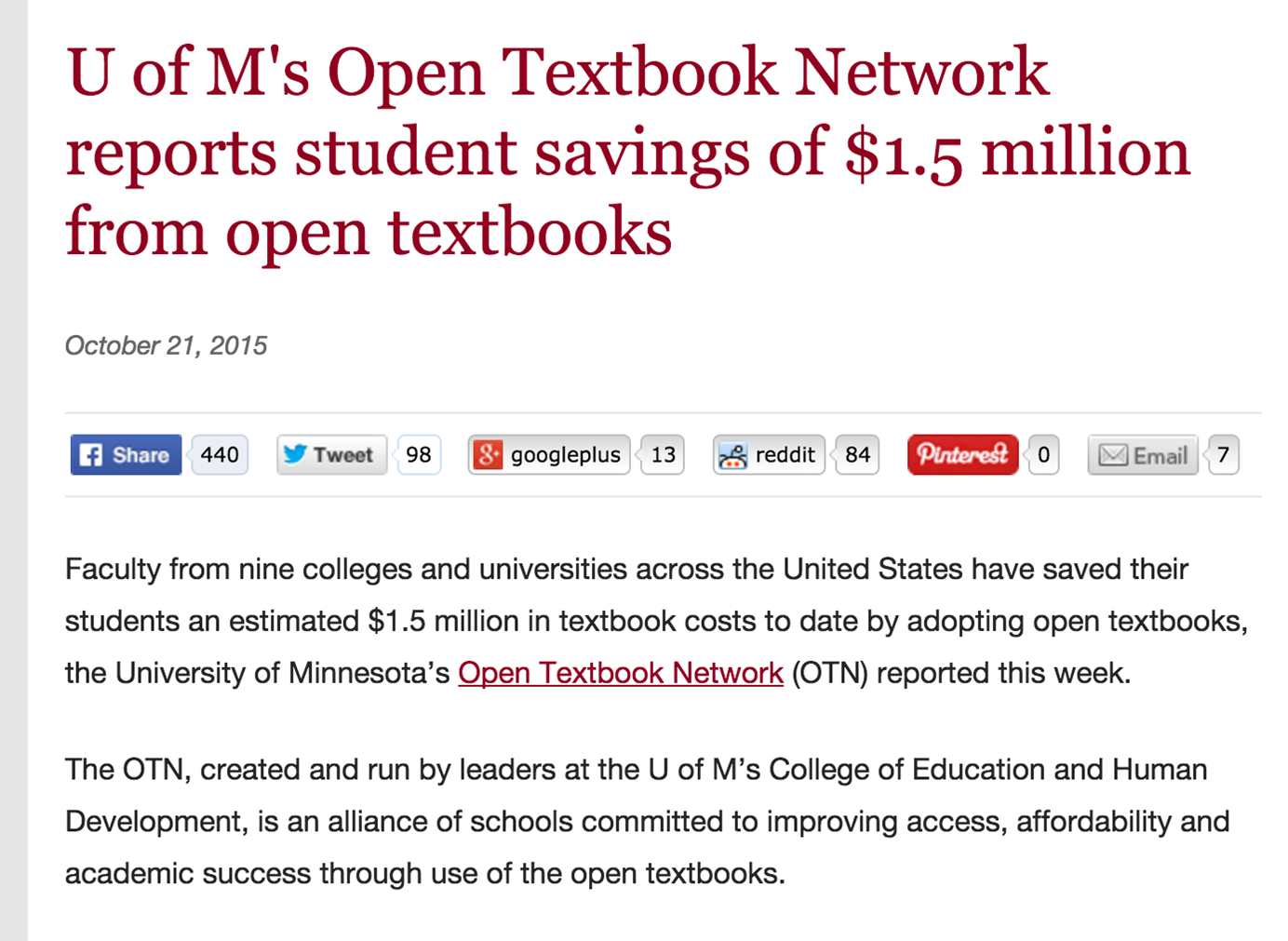 A panel presentation on the 10 Michigan Promise Zone communities established in 2009 by bipartisan legislation signed into law by Governor Jennifer Granholm.  In 2005, Kalamazoo, Michigan established the nation’s first place based scholarship program to provide up to five years of college tuition for all of its public high school graduates. Since then, the Kalamazoo Promise has provided $61 million of tuition assistance and helped inspire, influence, and shape dozens of other community-based scholarship programs across Michigan and the nation.

Inspired by the Kalamazoo Promise, the measure created a pathway and an eventual funding source for several lower income communities to establish universal place-based scholarships. At a minimum, these communities must provide a scholarship that gives all students who live in the zone and graduate from a high school located in the zone a tuition-free path to an associate degree from at least one institution. However as Chuck Wilbur, who spearheaded promise zone efforts for Governor Granholm and moderated the Summit panel, noted in the slide below the objectives that inspired the establishment of these promise programs were more than tuition-free college. 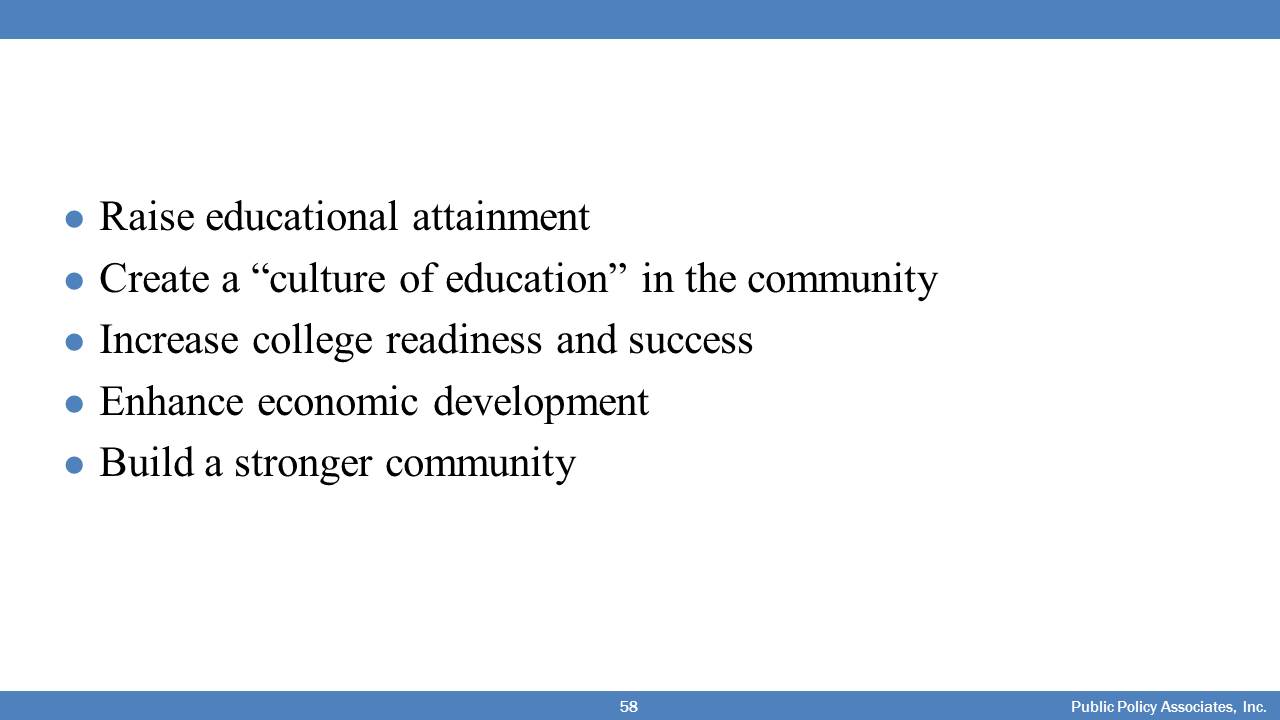 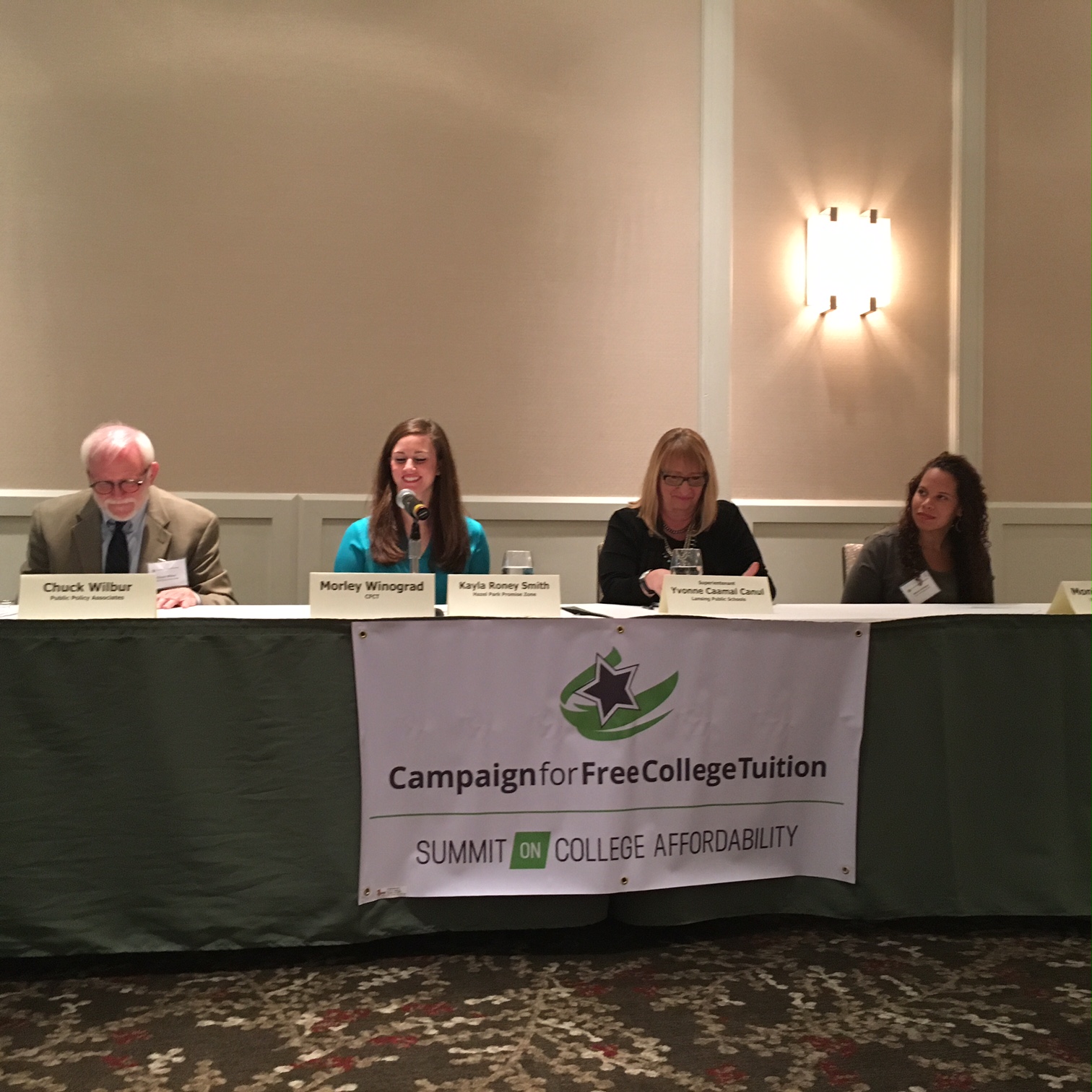 Finally, Mike Krause, the Executive Director of the Tennessee Promise, provided keynote remarks on the Tennessee Promise, which was established last year to raise educational attainment in the state.  Mike noted that 22,334 students out of 72,865 in the Tennessee’s 2007 cohort of high school freshmen entered the workforce after college.  These individuals have an average income of $9,030 and only a 16% chance of earning above the minimum age.  This is a harsh reality for a state that wishes to lead the nation in economic growth and seeks to continue to attract employers in the manufacturing sector. 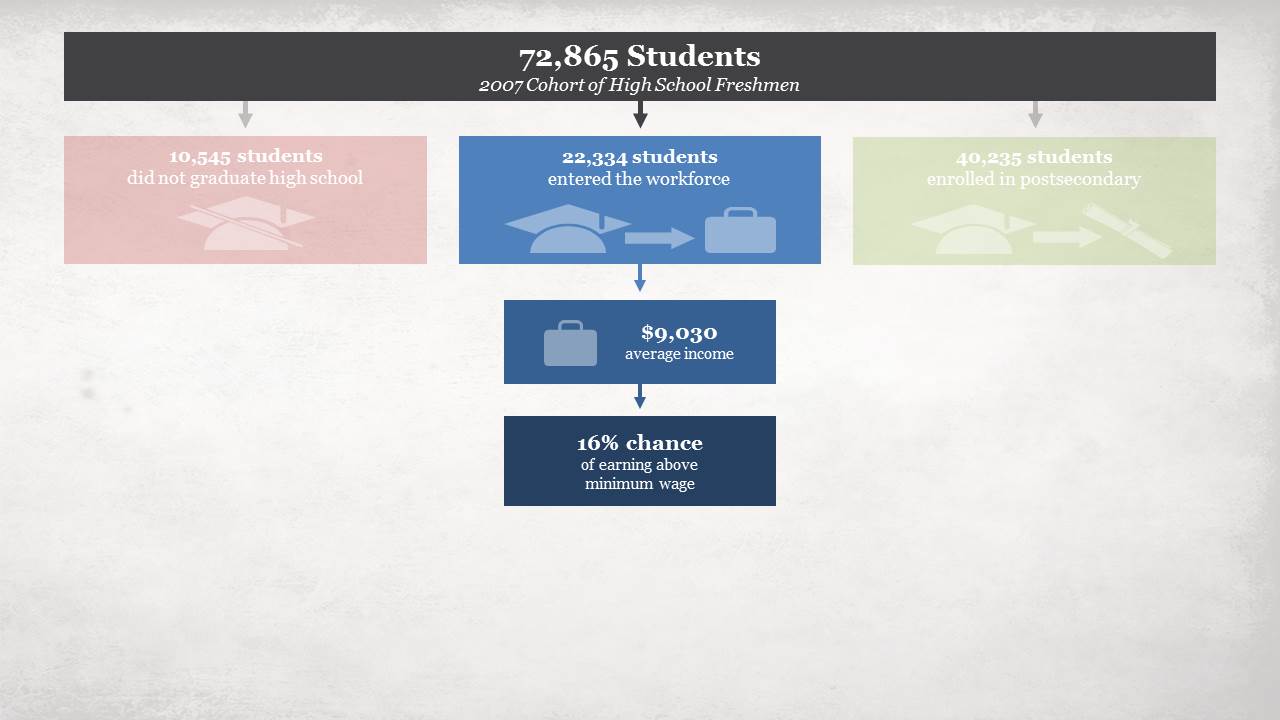 Mike indicated that the Tennessee Promise framework, which includes private sector mentorships, a last dollar scholarship to a two-year community or technical college, and reforms to college math remediation, is already producing results. Tennessee enjoyed a 24.7% increase in freshmen enrollment at its community colleges and a 20% increase in freshmen  enrollment at their Colleges of Applied Technology in the first year of their program. This increase included 15,895 Tennessee Promise scholars who enrolled in the first cohort  to be eligible this Fall upon graduating from high school. Tennessee is now also the number one state in the nation for FAFSA completions and accounts for 40% of all new financial aid submissions nationwide. 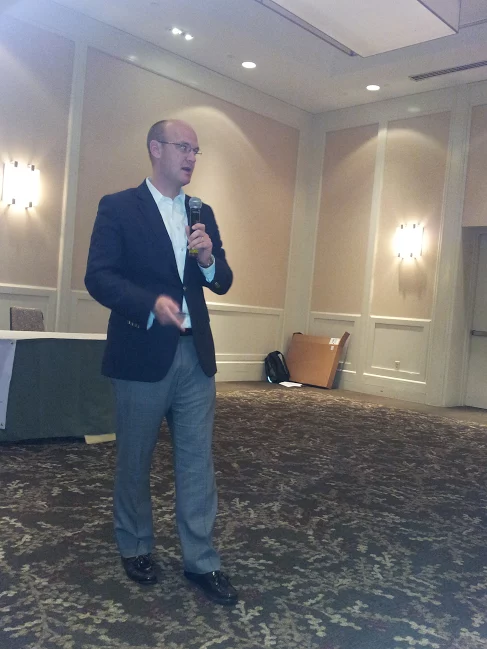 In his closing remarks, Mike indicated that making college tuition free is not a partisan issue. We could not agree more! Mike, thank you for taking time out of your busy schedule to join us in Michigan.