"The need for more affordable colleges isn't partisan, it is not even bipartisan, it is non-partisan... It is like the North Star being in the North," said State Senator Mark Hass (D-Oregon) at last Thursday's Pacific Northwest Summit on College Affordability hosted by the Campaign for Free College Tuition. 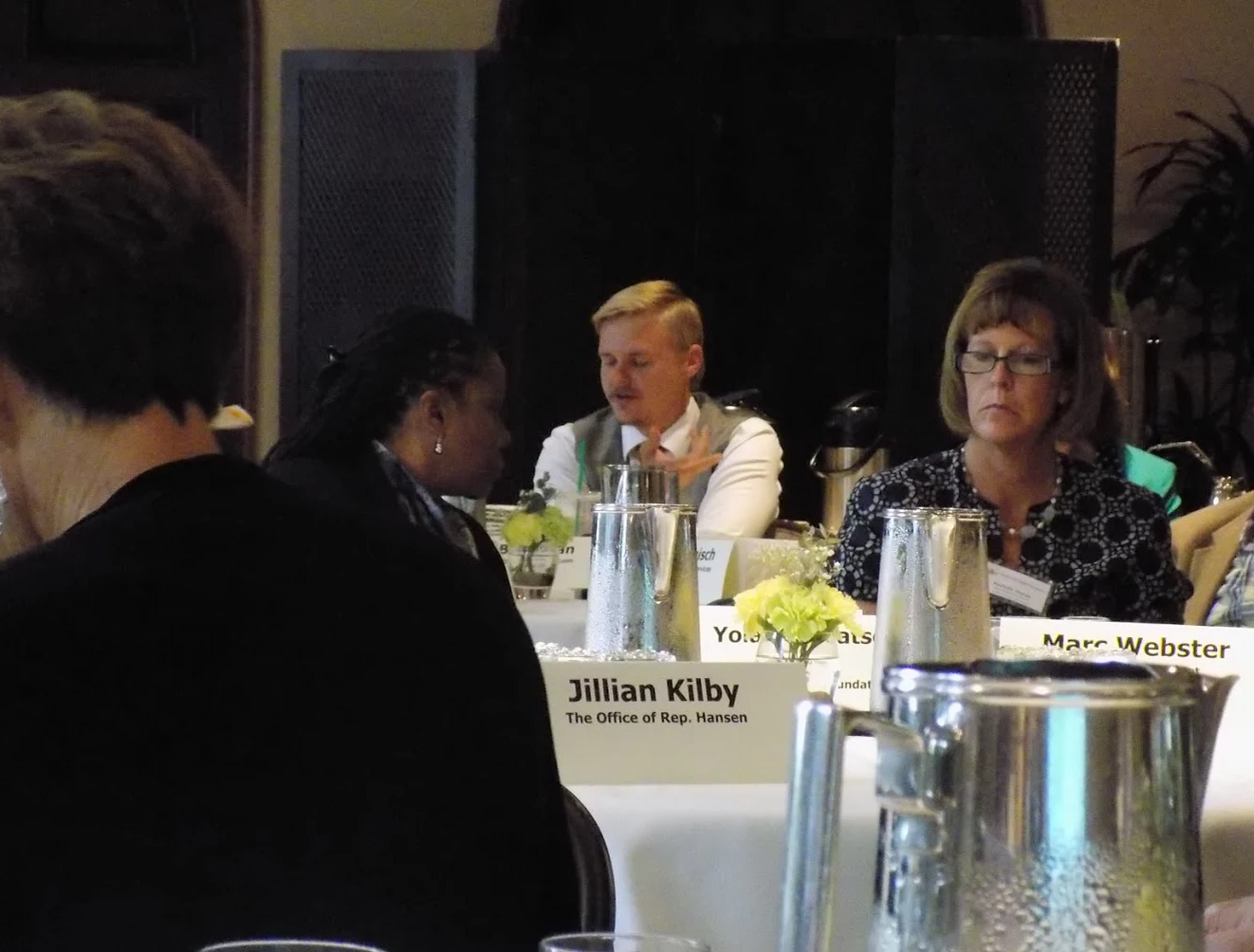 Read the Seattle Times’ article about the event here.

This truth was self-evident by simply looking around the room at over fifty attendees. There were representatives from:

In the room, there were individuals of all partisan stripes as well as none at all. There were public policymakers and private industry leaders, and there were a bevy of solutions filled with granularity and creativity. Regardless of the differences, there was one common agreement -- our students do better when they are given a chance and when they are invested in. 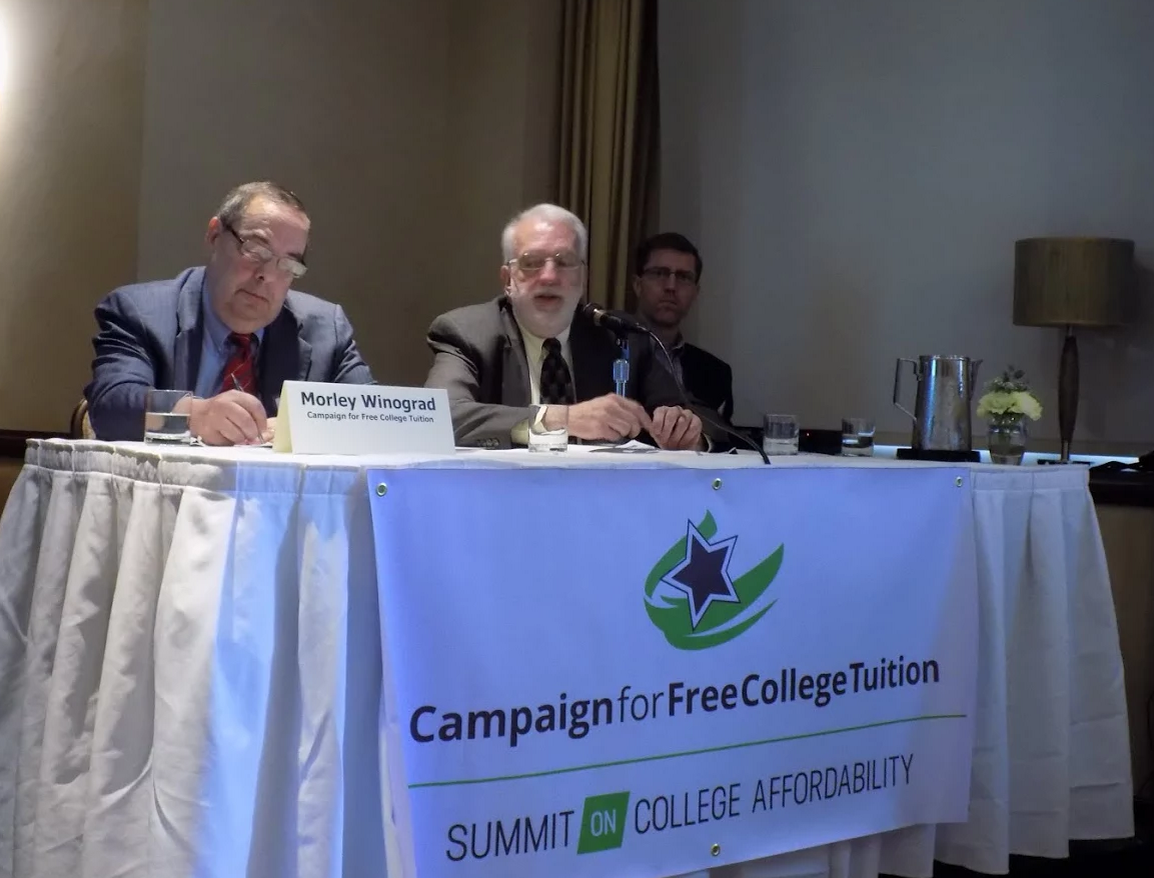 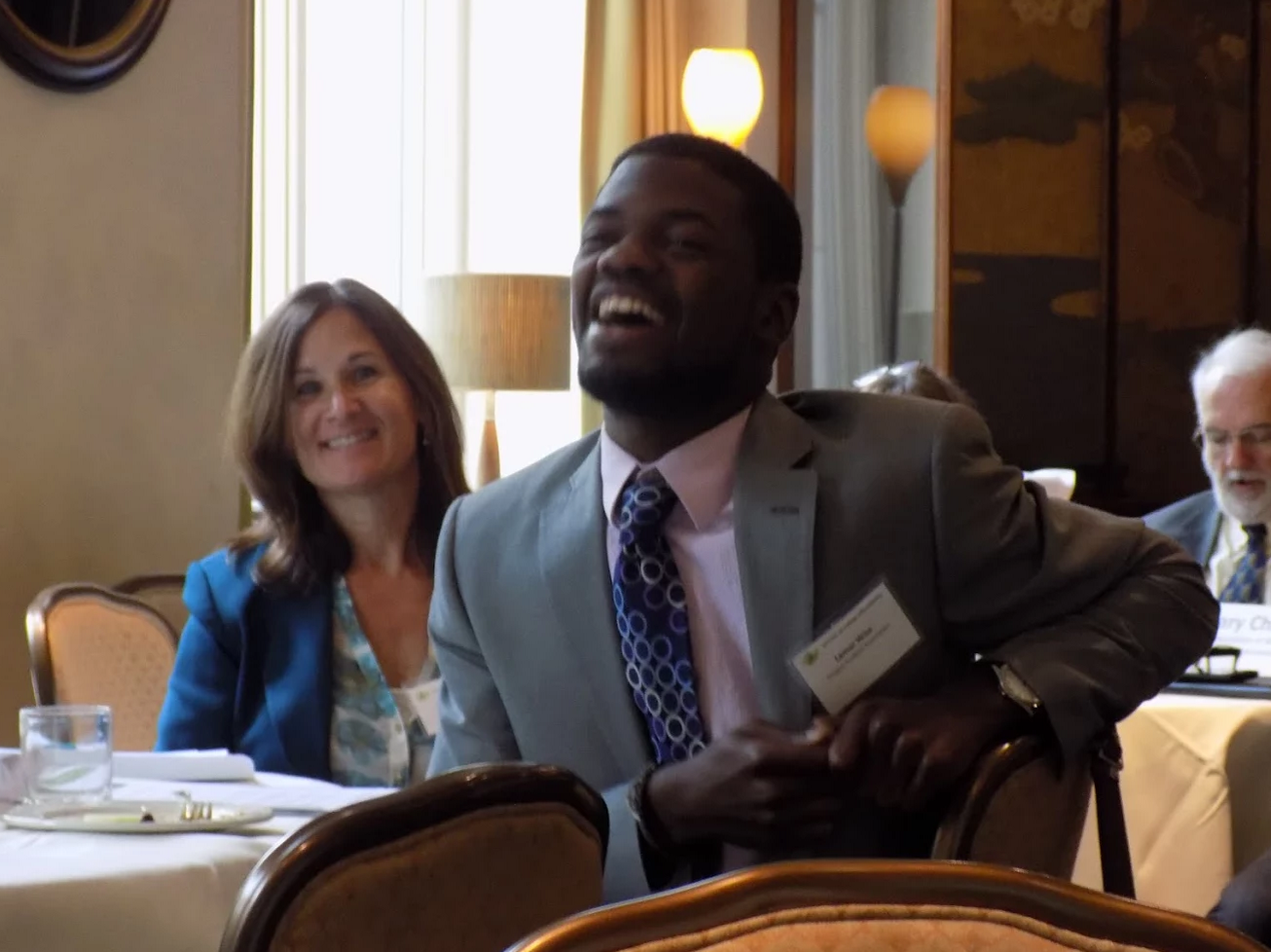 In fact, one speaker, Janice Brown of the Kalamazoo Promise, was armed with independently verifiable information that shows without equivocation that our students will do better if we give them a chance. The study, conducted by W.E. Upjohn, found that Kalamazoo students were:

The study found that for every dollar that was spent in the program, the return was $4.60. She suggested it might be a good alternative to the stock market these days -- everyone laughed. Most importantly, the study found a change in culture from one of buyer beware and risk aversion to one of growing student aspiration and community accountability.

IT ALL STARTS WITH A PROMISE 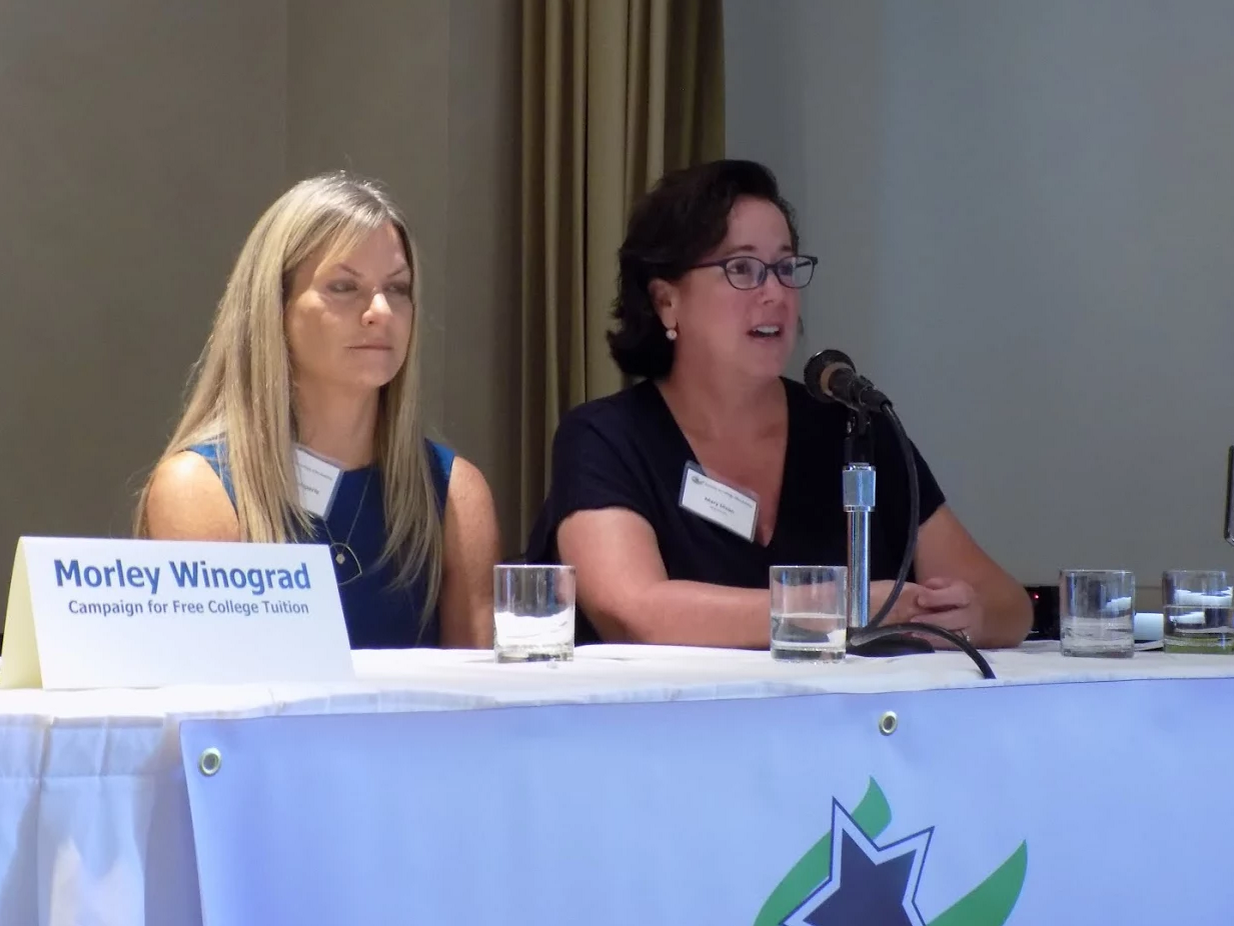 There is an outrage we all feel when we hear about students with thousands of dollars in debt -- who have to drop out in their last semester because they have no more financial aid. The outrage students feel when they are getting off the late shift with work piling up and they receive an email that tuition is going up next semester.

But from the depth of that outrage sprout the seeds of a better tomorrow. To quote Morley Winograd, a host and co-founder for the event, "When going to college isn't about income and where you come from, we see attitudes change. It is the single most important thing that we can do, from a policy perspective, to improve people's lives. It is the best thing to do because it is the only thing that shows an improvement in performance and attitudes not only at the college level, but also K-12."

"It all starts with a promise," said Morley, "that you'll have a chance, that your community stands with you." That is our promise. Years from now, there won't be anyone writing webpage posts about how America is failing its students, its families, it economy, or its future. We're going to fix this. That's a promise. 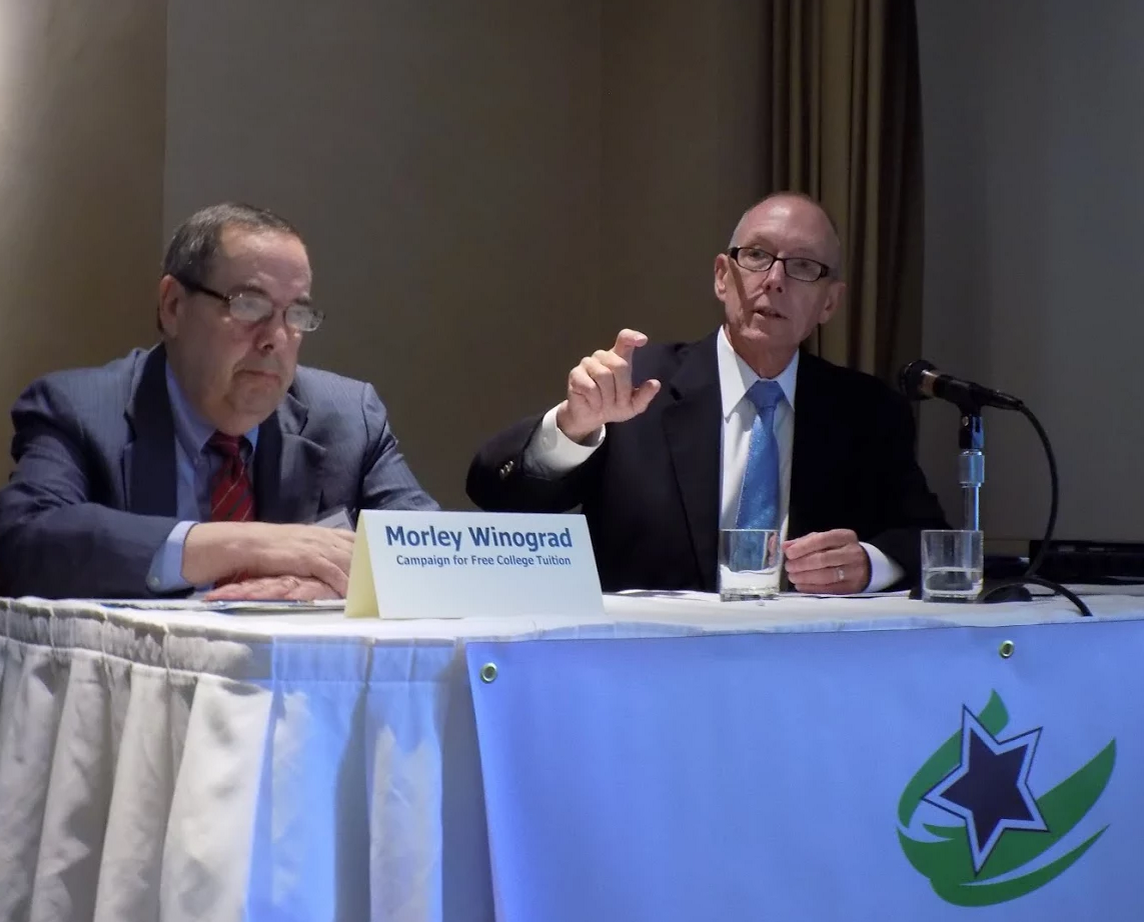 William Moran is with Stop Tuition Hikes, an effort developed by a group of college friends who were troubled to find tuition rates had doubled since they graduated only a few years ago. Their coalition includes friends, family, Idaho business leaders, and educators. Stop Tuition Hikes is currently working on a ballot initiative to cap of in-state tuition rates in Idaho, in November of 2016. Join them at www.stoptuitionhikes.com.