The overall concept, as well as individual elements of free college efforts, receive, wait for it, bipartisan support. And, if that’s not earth-shattering in and of itself, the modest gap that does exist between republicans and democrats is shrinking. Plus, independents support it too. Maybe we can start a new political moniker: tri-partisan. Free college is a tri-partisan issue.

PSB Research has conducted nationally representative quantitative research for The Campaign for Free College Tuition twice over the past six months and the support for the concept is now at 77% and growing. 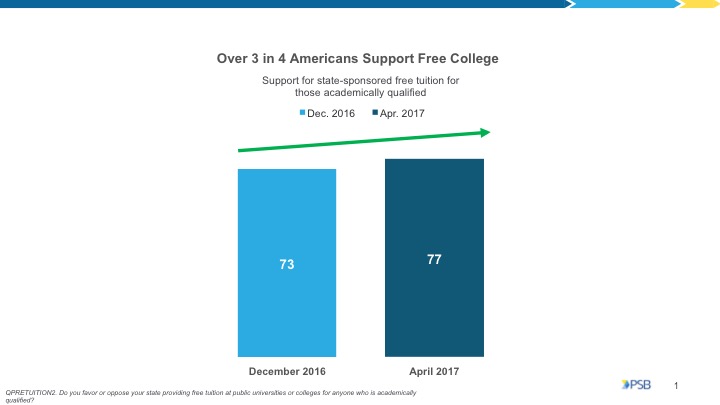 A look inside the crosstabs is where the bi and tri-partisanship can be found. It’s also where you can see the movement inside the numbers, the momentum. Republicans and Independents both show statistically meaningful growth in their support of the concept. 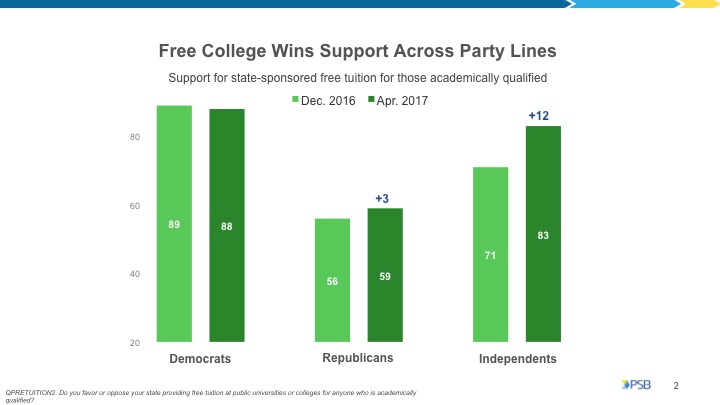 Free college also has the ability to supersede the generational divide in America. Much is written about the difference between Boomers, GenX, and Millennials on so many issues. But free college is an issue that garners support accross all three generations. Millennials lead the way followed by Xers (who still might have college age kids) and even Boomers supporting though they likely don’t personally benefit. 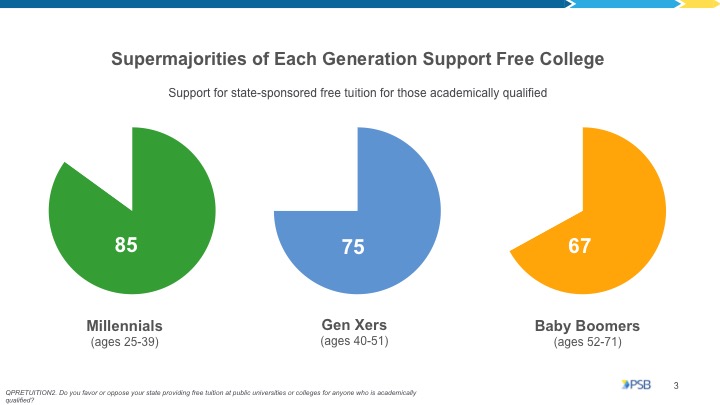 Americans seem to want two big thing in return: hard work and performance. One study measured support of specific requirements that should be included inside a state-based free college program. Academic performance both at the high school and college level stood out as the leading requirements for members of all parties and all generations. 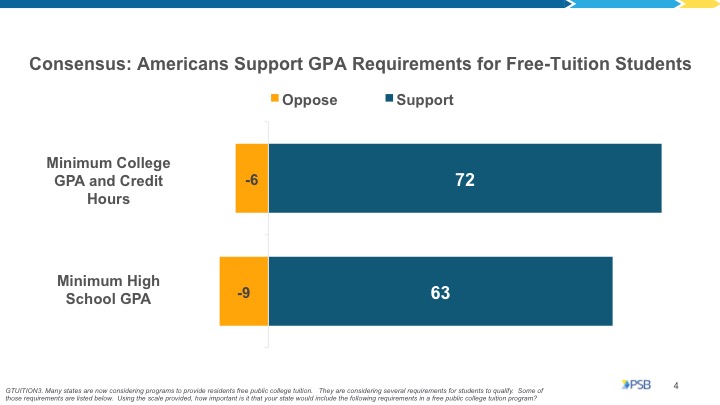 There’s another important finding along the way to this era of bi-partisanship – access. Americans believe that free college should be available to all students in their state who qualify academically. 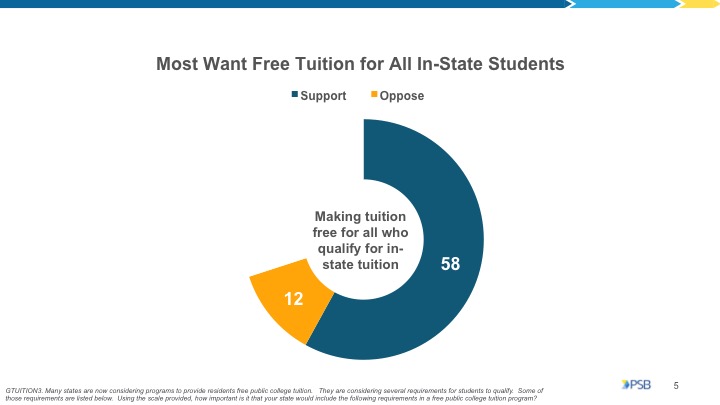 Free college is seen as a program for all – not individual groups or selected recipients.

Before we try to leap into a nirvana of post-partisanship it probably makes sense to find some bi-and tri-partisan issues to get the ball rolling. Free College looks like one of those issues.