The survey, conducted by PSB Research, was the eighth online quarterly survey CFCT has sponsored to explore levels of public support for free public college tuition. It found the percentage of respondents who indicated strong support was 51% with overall support at 81%. These figures represent a three percent increase since June. 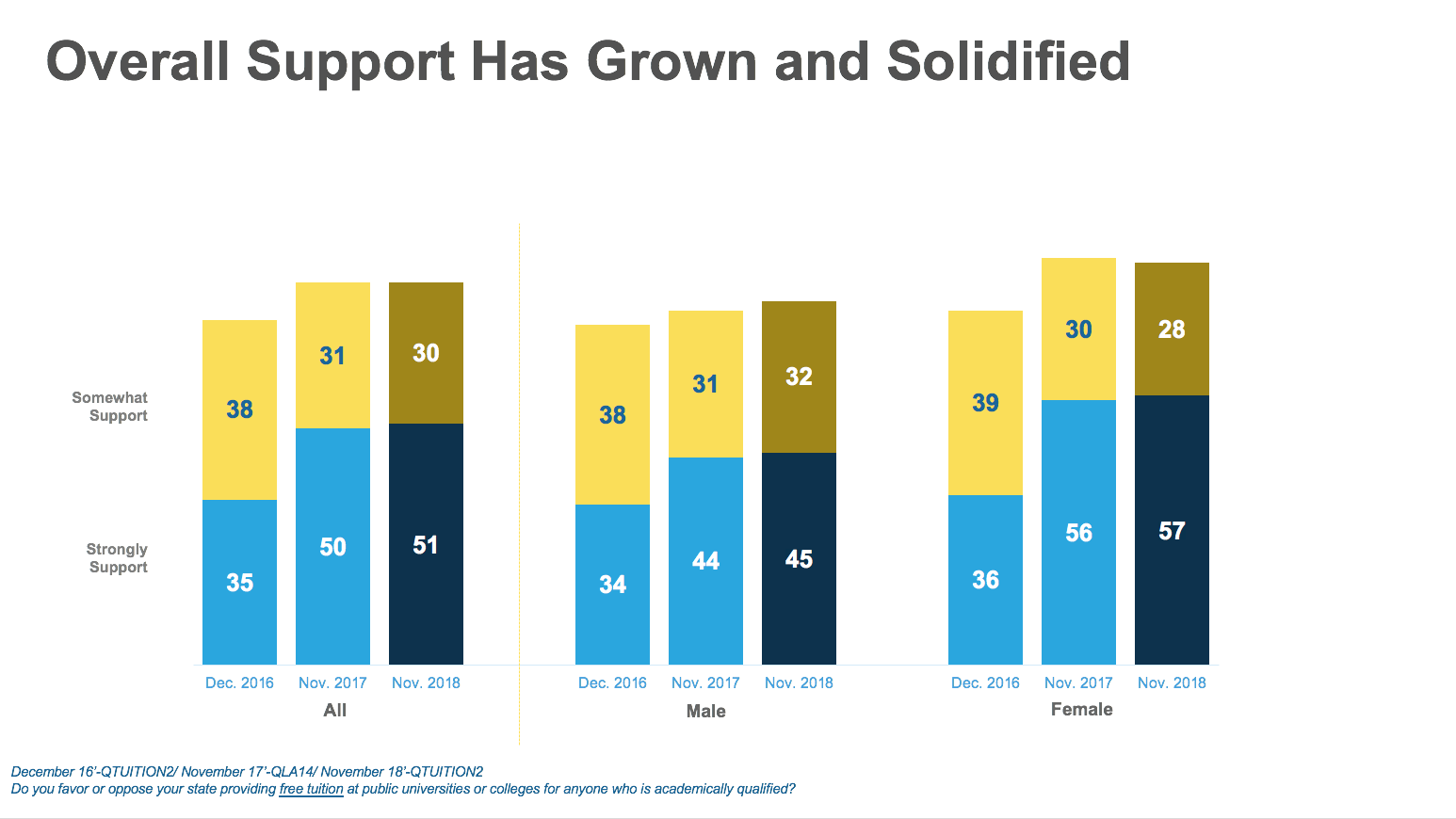 Finally, support among respondents ages 18 to 34, generally considered members of the Millennial generation, reached its highest level ever for both strong support – 69% – and overall support – 94%.

In sum, CFCT’s polling demonstrates that tuition-free college is embraced across all political and demographic lines. We are pleased that after a divisive midterm election Americans remain supportive of a life-changing public policy proposal that has been embraced by Democratic and GOP governors alike. With your help, we look forward to adding more states to our national momentum map in 2019.