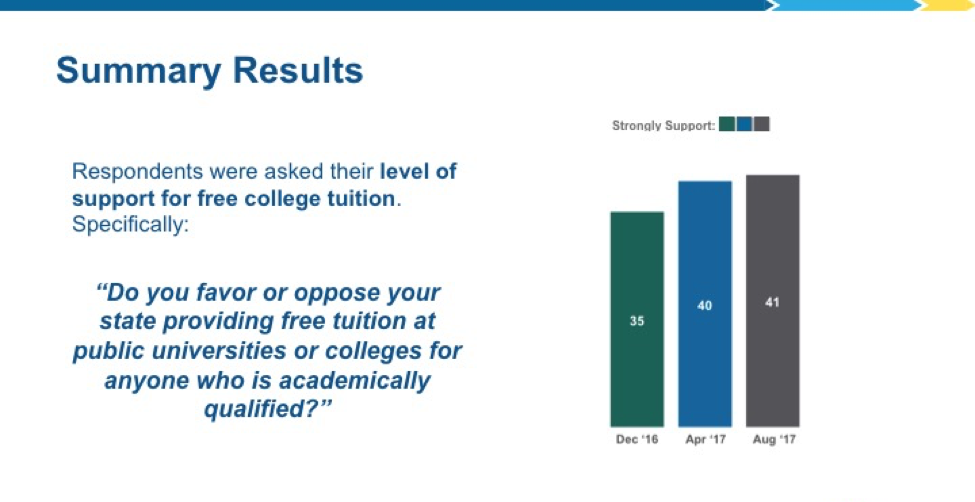 Both Democrats and Republicans contributed to this rise in strong support for free college tuition being provided by states to all who are academically qualified, demonstrating the continuing bipartisan appeal of the concept. Fully 58% of those polled in August who called themselves Democrats strongly supported the idea, a jump of six points since April of this year and a full ten points higher than in December of last year. Republican support showed a similar rise, with 28% now strongly supporting the concept—five points more than their strong support in April, 2017 and a level seven points higher than when they were asked in December, 2016. 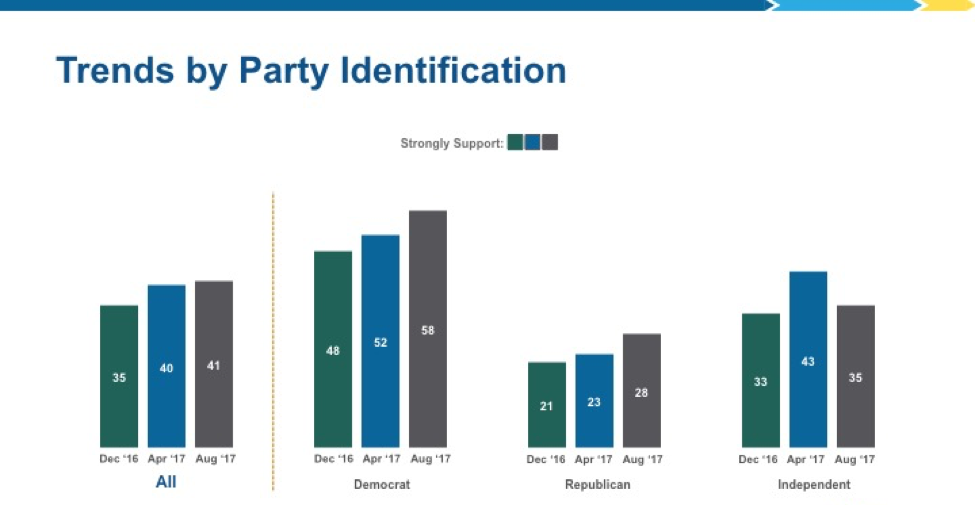 Although the rise in strong support for the idea was broad based, two particular demographic groups were noticeably more supportive in this most recent poll. Sixty-two percent of Millennials, whose age ranges from 18 to 34, strongly support making college tuition free. Although this level of support may seem obvious given how important the issue is to those in the generation who are either in college, or who may have graduated recently, the issue is equally salient with the large numbers of Millennials who are married and just starting to have families of their own. Still, in December of 2016, only 36% of Millennials strongly supported the idea. That level of support jumped ten points in our April survey and then jumped another sixteen points in August. This compares to 48% support for those 35-44 years old, 39% support for those 45-54, and 34% support among those 55-64. 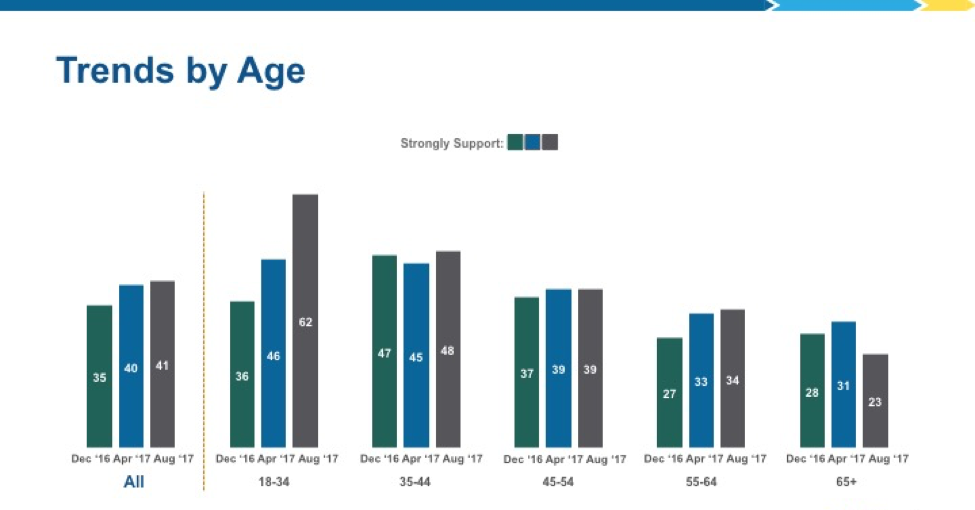 The single largest gain in strong support among a variety of demographic categories came from Hispanics. Their support for the concept rose 17  points in August to a new high of 58% from a low of 41% in April. Strong support among Whites, Asians, and other ethnic groups continues to hover in the mid to lower 30% range.  While the level of support among Blacks did drop two points from April, their support continues to lead all racial and ethnic groups with 67% strongly supporting the idea. 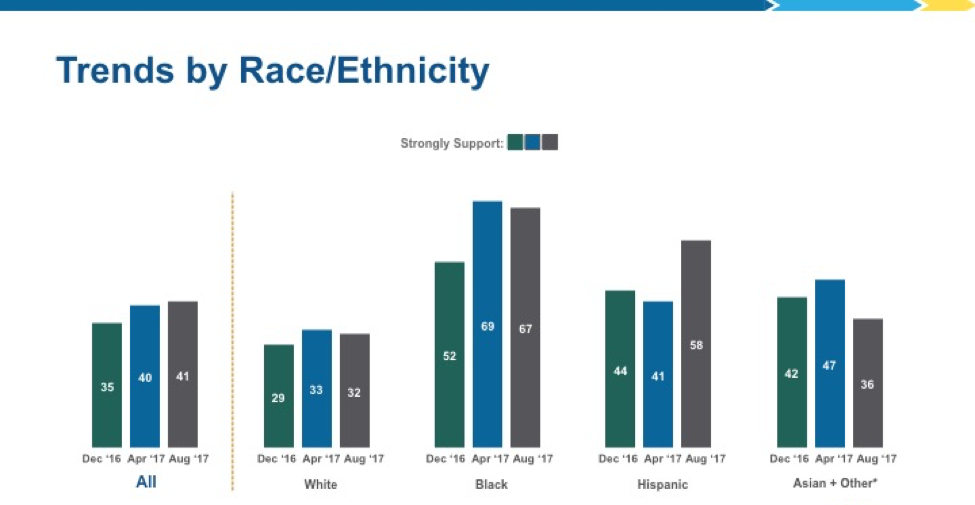 Overall, 74% of all respondents of our latest survey supported the idea of free college tuition, a remarkable and relatively stable level of support for the idea. What is even more encouraging is the continued growth in the intensity of that support. That growth continues to fuel momentum in states across the country, which are now taking action or considering action to make their state’s public colleges tuition free. Noting is more powerful than an idea whose time has come and it’s ever more clear that the time to make college tuition free in all fifty states is now.