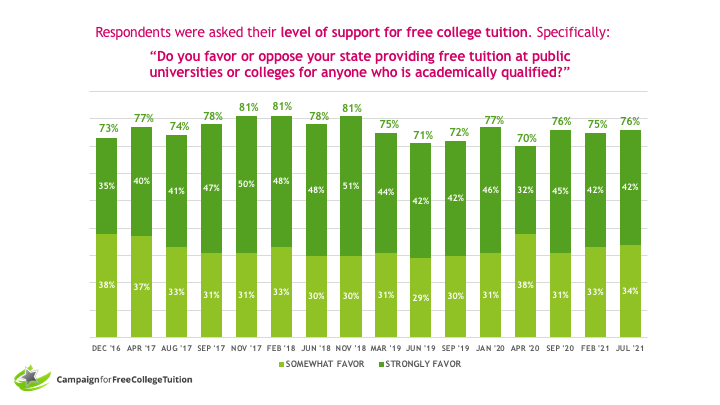 A majority of Americans from all political persuasions support state programs making college tuition free for those academically qualified. Polling conducted by Penn Schoen Berland (PSB) on behalf of the Campaign for Free College Tuition (CFCT) after November’s election indicates that 88 percent of Clinton voters and 54 percent of Trump voters support state initiatives to make college tuition free. Overall support for providing free tuition at public universities or colleges for anyone who is academically qualified is 73 percent.

Polling conducted by Penn Schoen Berland on behalf of the Campaign for Free College Tuition (CFCT) indicates that nearly two-thirds of Americans (63%) support making college tuition free.  While the concept of free college tuition had support across all racial/ethnic subgroups, it was highest among African-American (85%) and Hispanic (67%) respondents.