In the midst of an often contentious 2020 presidential campaign, the Campaign for Free College Tuition’s first poll of 2020 shows remarkably strong, stable, and bipartisan support for states making public colleges tuition-free. Overall, 77 percent of Americans want their state to provide free tuition at public colleges or universities to any academically qualified student.

In the twelve times CFCT polled on free college tuition since December 2016, overall support of state programs making public colleges tuition-free has ranged from 71 to 81 percent. Hispanics (91 percent), African Americans (90 percent), Democrats (89 percent), and Millennials and Xers between ages 35 and 49 (88 percent) were the most supportive groups polled in January. 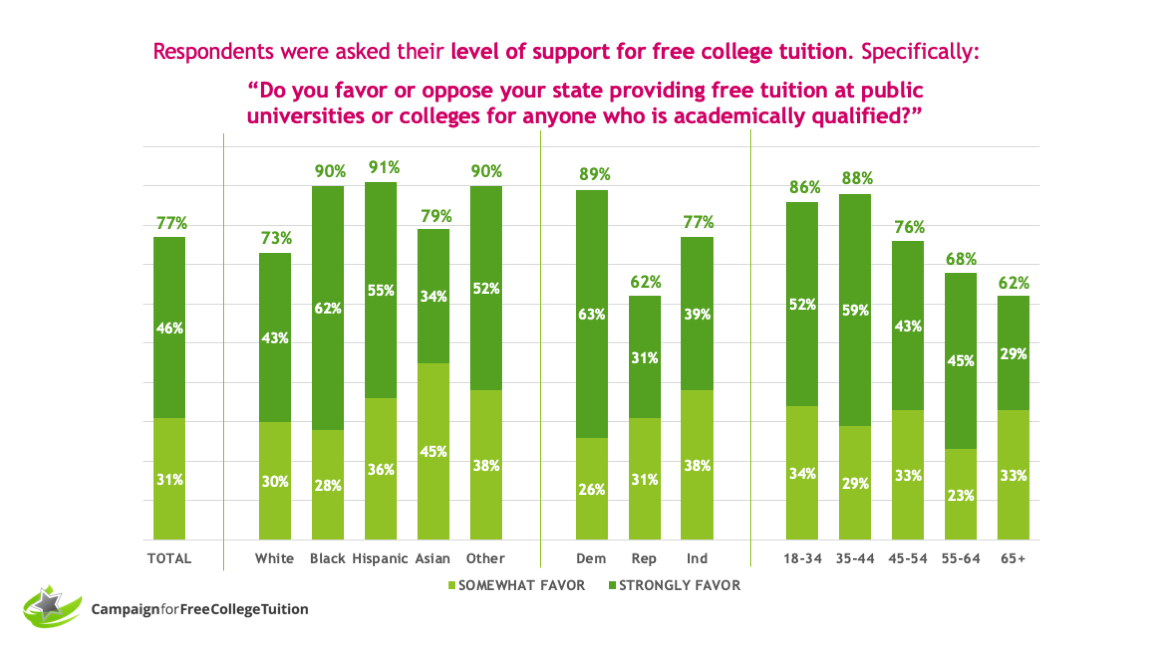 It is, however, important to note that tuition-free college is embraced across all political and demographic lines. In January’s poll, 62 percent of Republicans and 77 percent of Independents support their state providing free college tuition to academically qualified students.

CFCT’s 2020 poll also asked Americans to prioritize how their state tax dollars should be spent “if your state had a new amount of money to fund any of the following programs (listed below), and you could choose which programs received this funding.”

In all demographic and political groupings, Americans agree healthcare should be the highest priority for state government spending. Beyond healthcare, there were some unexcepted results for the next highest state government spending priority in that males, respondents with an annual income above $150,000, Americans aged 55 and older, and Republicans indicated that free two-year college tuition was their second highest priority for new state funds.

Overall, K-12 education, free two-year tuition and free four-year tuition were the second through fourth spending priorities respectively. It is also interesting to note that while prioritization for free two-year college generally increased with age, support for preschool education decreased beginning with respondents aged 45 and older. 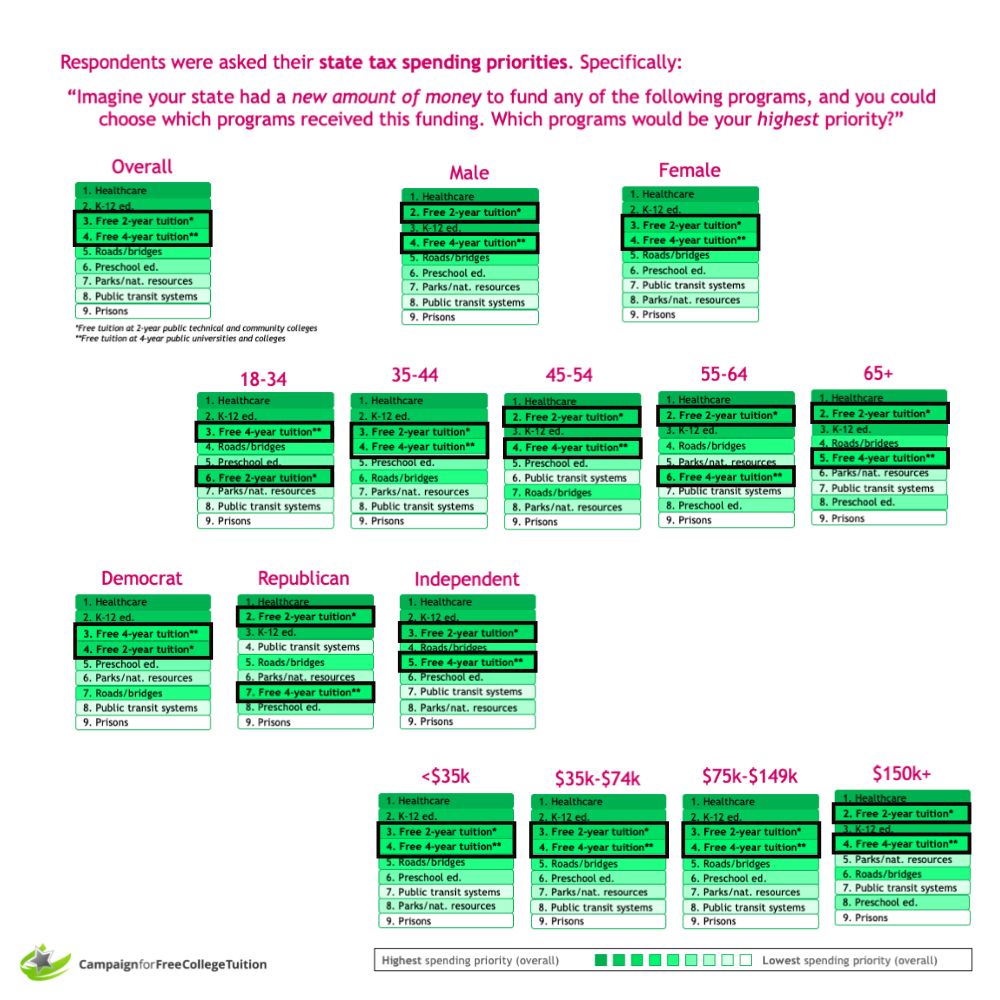 Polling was conducted January 10-12 by PSB Research. The nationwide, online survey results represent 1,000 responses from adults aged 18+. The final data was weighted to US Census for age, gender, race, ethnicity and education level.