Nationwide polling conducted June 7 to 13, 2019 by PSB Research for the Campaign for Free College Tuition (CFCT) reveals strong Democratic support across all age groups for free college tuition. Overall, 87 percent of Democrats want their state to provide free tuition at public college or universities to any academically qualified student. 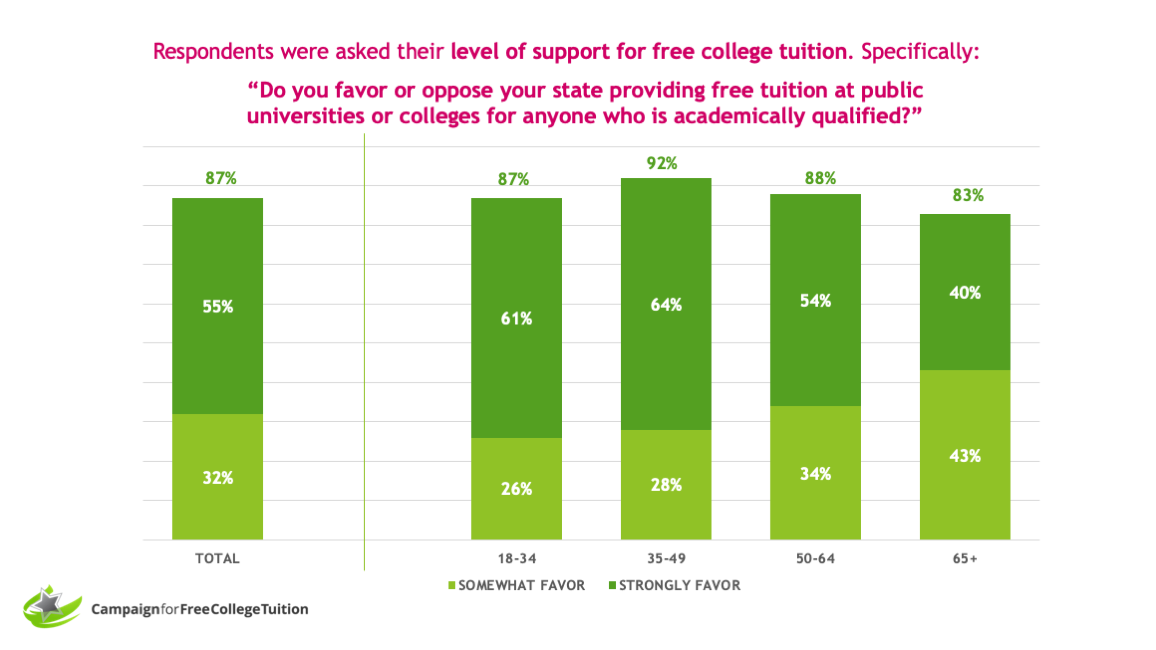 Changing the wording from “states to offer free college tuition to anyone academically qualified to “a federal proposal known as “Free College for All” slightly softens Democratic support for the issue. While the support from each age group falls between 4 – 7 percent, federal “Free College for All” still commands a resounding 83 percent support (51 percent strong support) among Democrats. 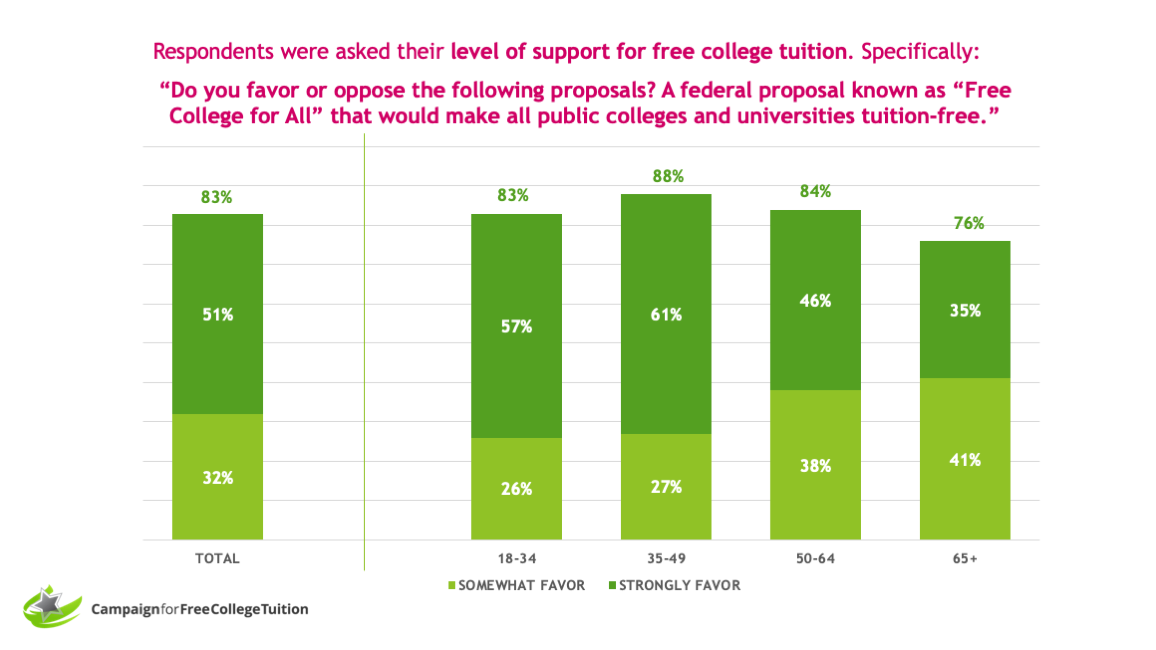 Democrats under age 50 are the strongest supporters of free college tuition. When asked about support for their state providing free college tuition to anyone who is academically qualified, Democratic Plurals (the generation born after Millennials) and Millennials between ages 18 and 34 indicated 87 percent support (61 percent strong support) and Democratic Millennials and Xers between ages 35 and 49 indicate 92 percent support (64 percent strong support).

The poll also asked respondents to rank their support of the following federal proposals – all of which are popular among self-identified Democrats: Free College Tuition; Medicare for All; the Green New Deal, and; Universal Pre-K education.

Six potential messages that could be used to describe a reason to support free college tuition were tested in the poll. In this exercise, respondents reacted most positively to messages about the cost of college for the individual – both in accessing a college education as well as paying for it upon graduation. The two most persuasive message to Democratic respondents were:

“Lack of money shouldn't keep qualified students from going to college, and the government should help” (30 percent of respondents)

“We need to make college tuition-free so young people don't have a mountain of debt when they finish school.” (20 percent of respondents)

Democrats considered messages about benefits to the economy less persuasive.

Tuition-free college is embraced across all political and demographic lines. Overall, 71 percent of all Americans want their state to provide free tuition at public college or universities to any academically qualified student. PSB’s June Pulse Poll indicated that over two-thirds of Independents (71 percent) and a majority of Republicans (57 percent) also support state free college programs. 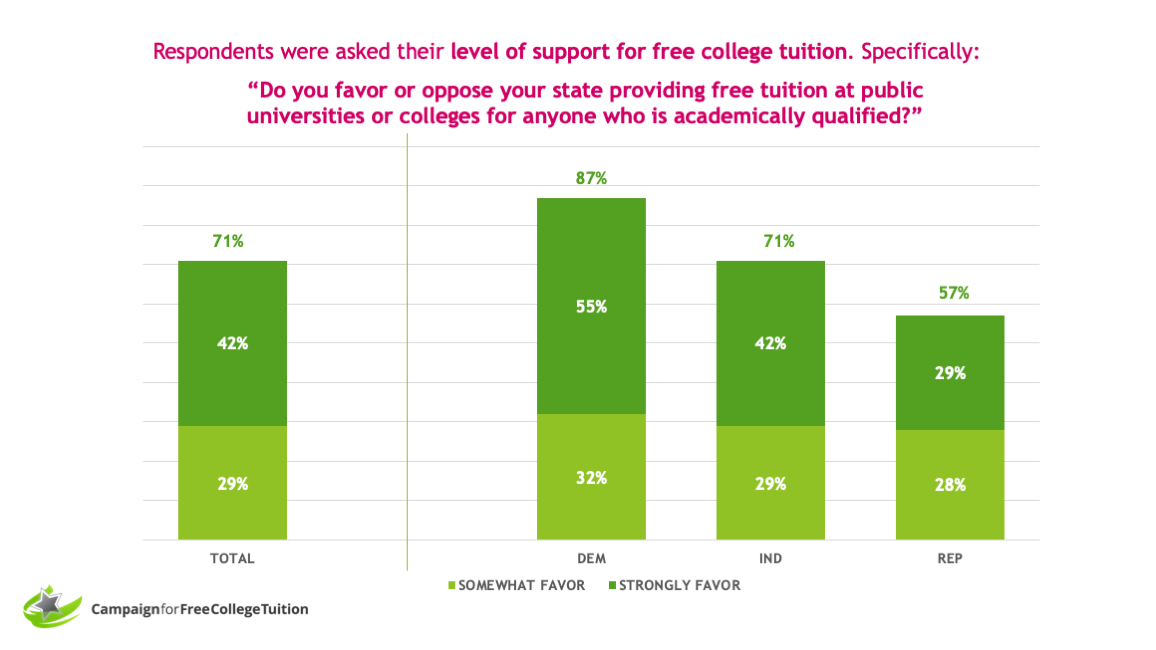