As of mid-September, support for states providing free college tuition to those who are academically qualified reached 72% among a representative sample of adult Americans, marking the 9th time over the past three years that CFCT polling has shown greater than 70% support. 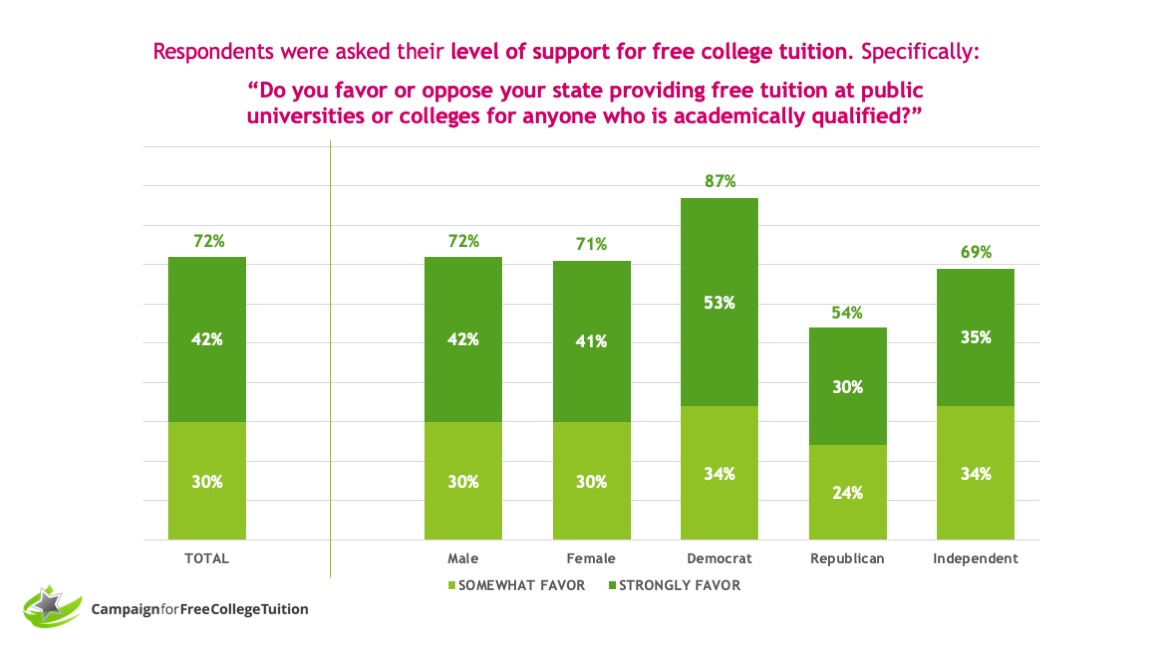 Of note is the nearly 70% support among Independents suggesting that both Republican and Democratic candidates would benefit from supporting a free college tuition initiative.

As potential voters consider free college programs, there are key messages that resonate as reasons to support the concept. This wave of research offered up eight statements about the potential benefits of a free college program and respondents told us which were most persuasive in getting them to support a program. Statements directly referencing finances, opportunity and debt were the most persuasive statements – with about three-quarters of respondents deeming them Very or Somewhat Persuasive. 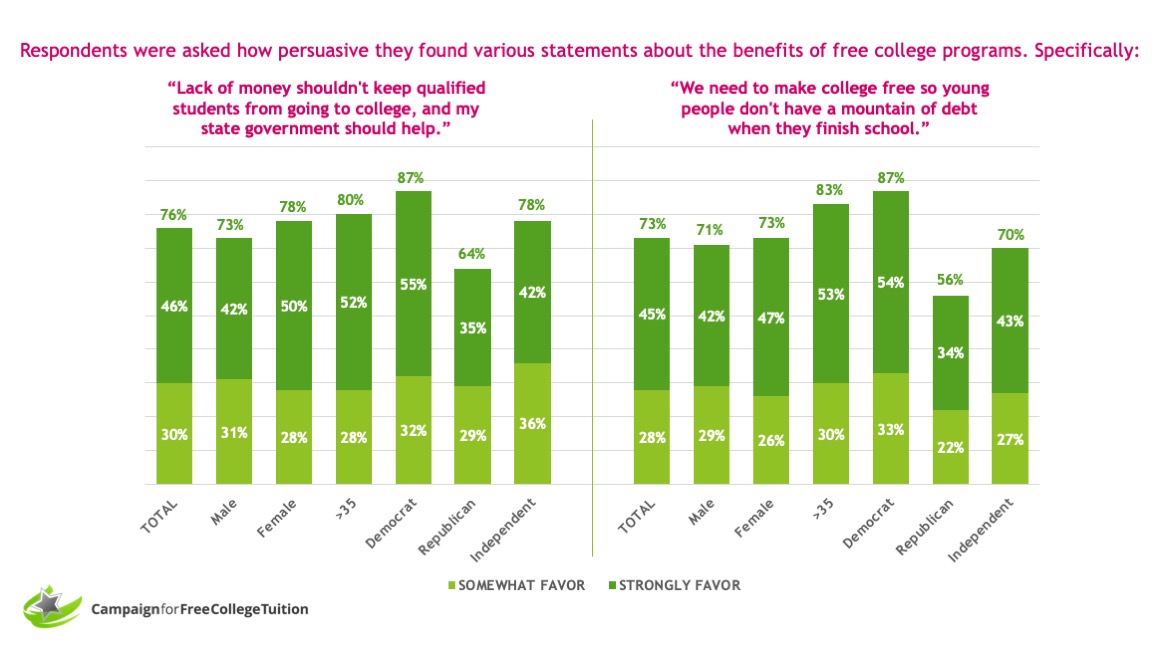 For the first time, CFCT also tested the concept of adult students without college degrees using a free college program to obtain additional education in an effort to secure a higher paying job. That statement was persuasive among 75% of the respondents including 73% among Independents and 61% among Republicans.

Much of the debate about the details of a free college tuition program centers around which students would qualify and which would be left out of such programs. A plurality of adult Americans believe such programs should be available to everyone regardless of family income. 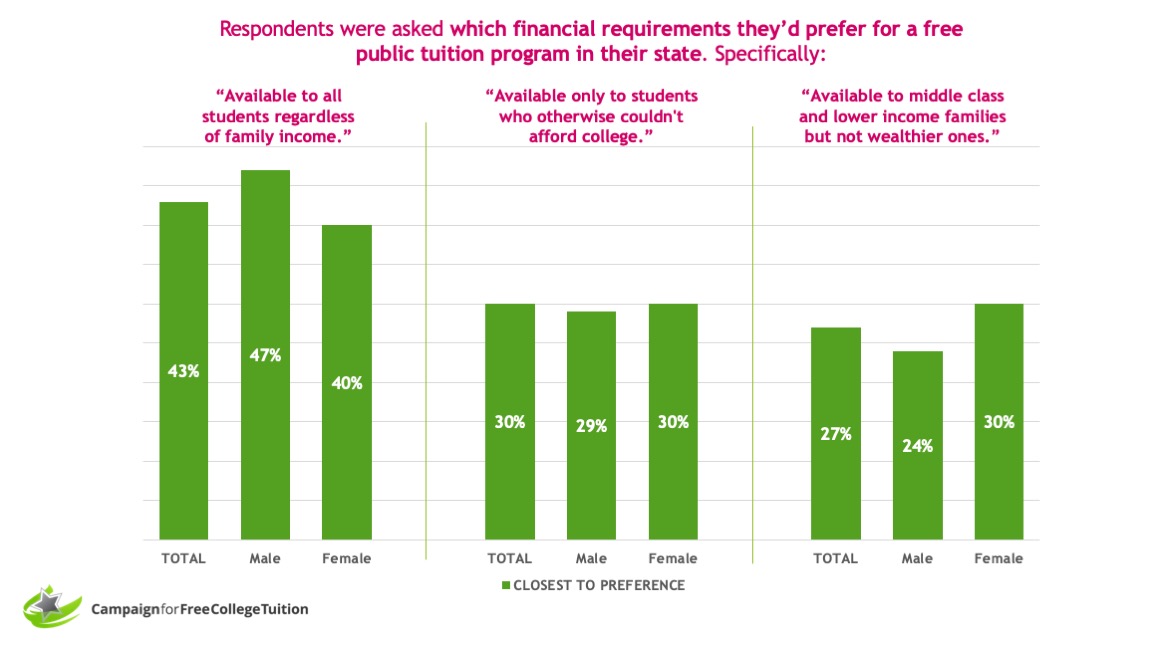 All demographic and political groupings selected “Available to all students regardless of family income” as the statement that comes closest to their individual opinions.

While the concept of free college tuition programs receives increased scrutiny and evaluation, it remains a clear policy favorite among a vast majority of adult Americans. Democrats remain solidly behind the initiative, including universality, even as some of their party’s presidential candidates have taken less than all-in positions. Self-identified Independents, representing 24% of the potential electorate, have maintained their enthusiasm for such proposals. Young voters, Millennials and Plurals under the age of 35, are also showing steadfast and consistent support for the concept.

It seems clear, with 72% support, that free college is now a mainstream policy idea for ongoing debate at the state and federal level. The results of this latest polling suggests candidates from all parties would benefit from finding a position that matches the enthusiasm of the voters.

Jack MacKenzie is a member of the Campaign for Free College Strategic Advisory Board and Katrina Weil is a Research Analyst for PSB, the company that conducted the research.