Public Colleges Can Be Tuition Free

“My lack of a college education hurt my kids. It’s a domino effect. It’s a downward spiral.” - Colleen Garlock 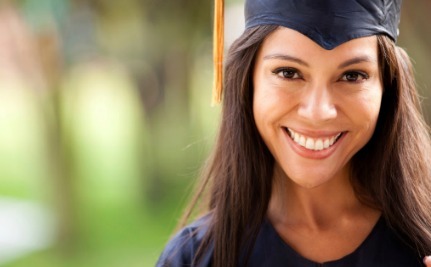 The exciting prospect of going to college is all too often dampened by the reality of crushing debt, leaving many families unable to afford the higher education that is a necessary ticket to a middle class life.

Take, for example, the story of Colleen Garlock. A hard working mother of two, Garlock was unable to afford college, despite graduating as a top student. She’s determined to send her son, Anthony, to college, but they worry about the tremendous debt he’s about to accrue.

That’s why, when she stumbled across a new organization pushing for a far reaching solution to her families’ problem, she signed right up: “We can tell [my daughter] Katie, ‘we can send you to school and we can get you a car, or you can eat something more than ramen, or you can get married, and we can think of retirement.’” The intergenerational, bipartisan coalition, called The Campaign for Free College Tuition, is already making headlines with its bold idea that the federal government should provide “Promise” scholarships to any student accepted to college from a lower or middle income family. Its supporters include former governors, members of Congress and former Clinton administration officials.

Help can’t come fast enough for families like Garlock’s. Her determination to get an education led her to complete a two-year program to become a yoga instructor, which she now does as part-time job on top of being a marketing specialist for a law firm. But even through all of her hard work, the skyrocketing price of college tuition has left her unable to afford to send her kids to college. She would like to ensure that her children have opportunities she wasn’t able to have.

Garlock’s son, Anthony, 26, has returned to school to complete his college education. Garlock is attempting to support her son in any way she can, but the burden may be too much for her and her husband, who has two children of his own who will soon be entering college. “I’m going to be in debt to my eyeballs,” her son told her. Her concerns only grow when she thinks about the difficulty he will have finding a job to pay off that debt in this economy.

Under the plan put forward by the Campaign for Free College Tuition, students from families earning less than $180,000 per year who are accepted into a two or four year program would receive a federally funded National Promise Scholarship (NPS) equal to the average cost of instate tuition for such programs and the public colleges in their state would not be allowed to send the family any other bill for tuition or fees.

“We want to help families just like Colleen Garlock’s,” says CFCT founder and president, Morley Winograd. “We are gambling with America’s future if we don’t make higher education affordable for hard-working families like hers. And it can be done without spending any more money than the federal government does now on supporting higher education.”

The reality of Garlock’s situation has led her to become an enthusiastic supporter of the plan to make college tuition free. “I believe that it is both a resource and a tuition freeze. If it would cap the cost, I think it is a really good idea,” she says. Although Garlock recognizes the obstacles that come with paying for college, she does not let it erode her hope for a higher education for her children.

George Markarian is a field organizer at the Campaign for Free College Tuition. He is also a political science and public policy major at the University of California, Berkeley. He is an Alumni Board Member and former National Fellow at the Young People For–People for the American Way Foundation. During his college career he has served as Vice President of the Student Government Association at Los Angeles Valley College and an External Affairs Senator for the Student Senate for California Community Colleges.