According to a new Pew Research Center analysis of government data, households headed by young adults owing student debt lag far behind their peers in terms of wealth accumulation. About four-in-ten U.S. households (37%) headed by an adult younger than 40 currently have some student debt—the highest share on record. 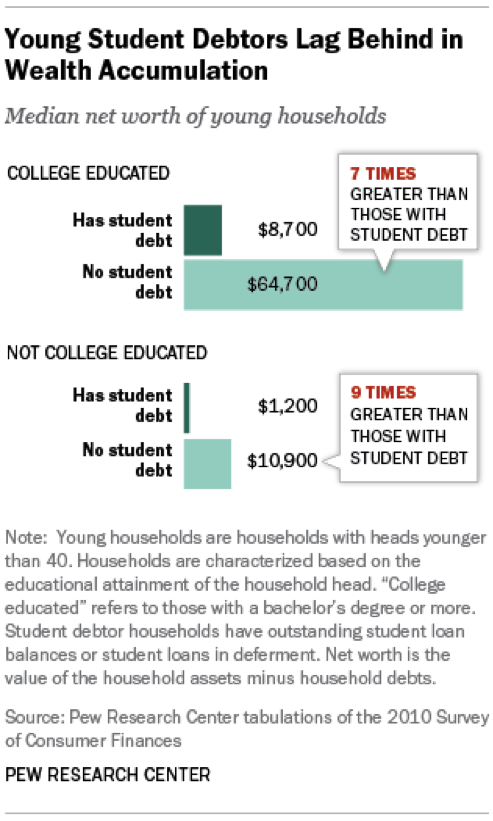 The Pew Research Center’s analysis of the data reports that “young, heavily leveraged student debtors are clearly in a more financially precarious position than other young households.”  Nearly 40% of college-educated student debtors “possess total debts exceeding the value of their assets, hence asset liquidation will not entirely meet their outstanding debts in the event of job losses and other unforeseen economic shocks. Among their counterparts without student debt, only 5% have outstanding debts in excess of current assets.”

It’s time to put a stop to the country’s disastrous higher education financing policies that are creating this enormous burden on the Millennial Generation’s future. We need to adopt Redeeming America’s Promise plan to make college tuition free for every lower and middle income high school student who is academically ready and personally determined to earn a postsecondary degree or certificate.  Please click here for the details.