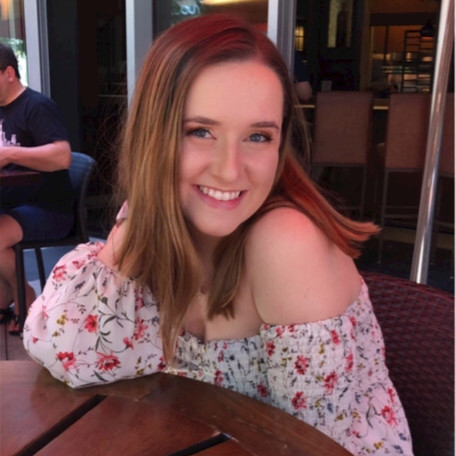 Brittany Bergschicker grew up in Collierville, a suburb of Memphis as the youngest of four children. She always knew that she wanted to go to college and remembers driving by the local community college campus as a child. She told her mom, “I’m going to go to there one day.” As she grew up, Brittany began to feel like she didn’t “fit” into a certain mold in the same way her peers or siblings did. She wasn’t an exceptional student or athlete. While she was a varsity cross country runner, she rarely got the attention from her coach. At home, her brother and sister played sports and her other brother was into performing arts.

One day Brittany and her boyfriend were listening to the radio and heard the Tennessee Promise program advertised. He applied first, then she followed. Both were accepted into the program.

Brittany found incredible success during her two years at Southwest Community College in Memphis. There, teachers saw her as Brittany, not just a student number. Her program advisors provided her with individualized attention and checked in with her regularly. They even helped her apply for financial aid when she was ready to transfer to a four-year school.

“When I found Tennessee Promise I felt like I had my place,” she says.

The financial benefits of a free community college tuition program impacted Brittany’s decision to enroll as well. All of Brittany’s siblings took out student loans, and she didn’t want to burden her parents with that. While in her freshman year at Southwest Community College, her mom became ill and the medical bills piled up. Her dad was working two jobs. Because her siblings were older and had careers and families of their own, she took on the responsibility of taking care of her mom.

“My mom had always been Wonder Woman to me. To see her in such a vulnerable state was so hard. Not paying for college tuition really helped during this time.”

Brittany graduated in December 2017 from Southwest Community College in Memphis with an Associate’s Degree in Applied Science Business Administration. She is currently attending the University of Memphis working towards a Bachelor’s Degree in Human Resource Management. She will graduate in December 2019 and plans on pursuing a career in human resources at a big corporation.