In an age of partisan gridlock and finger pointing, it is truly refreshing to learn about a politician who isn’t afraid to make bold 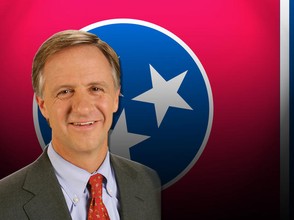 promises and keep them. The Republican Governor of Tennessee, Bill Haslam, took on the established higher education interests in his state to create the Tennessee Promise program that will make its 13 community colleges and 27 trade and technical schools tuition free starting this fall. To do so, he had to tackle critics from the left and right who were unwilling to give up their own ideological talking points to sign up for a program that will help the state close the skills gap that is currently hurting its economic growth.

As is usually the case, much of the fight over establishing the program was over money.  Since Tennessee’s Promise is a “last dollar scholarship”, i.e. the state only steps in to pay that portion of tuition that the other financial aid programs for a given student cannot cover, his proposal was attacked from the left as giving more money to students from middle or higher income families while failing to increase funding for students from lower income families, who were already benefitting from programs such as Pell Grants designed to assist lower income families. The Governor’s answer to those critics was to put more money into remedial education courses taught in high schools to assure a greater and quicker rate of completion for students who were the first in their family to attend college or who needed additional mentoring to succeed.

Meanwhile, four year public institutions feared that the availability of free two year community college programs would cause their enrollments to drop as hard pressed middle income families opted to send their children to such schools instead.  Their complaints grew even louder when Governor Haslam indicated he wanted to find some of the money to fund his promise or guarantee by cutting the value of the state’s merit based HOPE scholarships.  But with a few compromises along the way, the Governor was able to achieve his objective of establishing an endowment to pay for the estimated cost of the program over the years without subjecting it to the vagaries of annual budget appropriations. Most of the money came from lottery funds, already targeted to education, but now partially diverted to help establish the endowment.

There is a clear lesson that can be drawn from Governor Haslam’s efforts. By focusing on what was good for the student and demanding accountability from everyone involved, he was able to push through a program that has only further boosted his popularity. “It’s the one thing that I’ve done since we’ve been in office that resonates with people of all walks of life,” he says. “We’ll actually change, I hope, the aspirational level of a lot of high school students.”

Now is the time for more Governors to follow in his courageous footsteps and enact their own programs to promise their students that their college education will be tuition free.