The Culprits Behind Rising Price of College 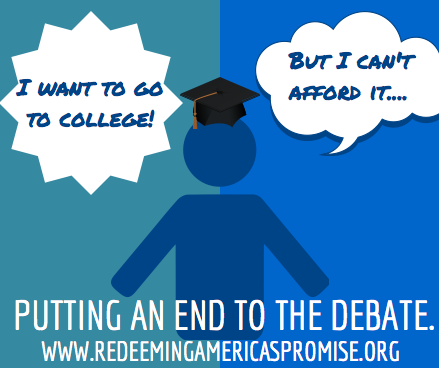 tuition free is what is behind the rapid rise in tuition rates that scare so many parents. Certainly part of the reason is the decline in state support of their institutions of higher education. As of the end of 2011, the data says  such subsides reached their lowest point in a decade, averaging $6,000 to $7,000 per student at public four year institutions, causing students for the first time to pay a majority of the cost of attending college. In the year since, the list price for tuition and fees increased by about 4 percent at public and private non-profits and by almost 5 percent at public two year colleges according to the National Center for Education Statistics.

But as important as it is to get states to reverse this trend and increase their support of their colleges and universities, a startling, insider story that appeared recently in Forbes suggests the real culprit behind the sticker shock most parents feel when reading about the price of college for their child is the use or abuse of financial aid packages by colleges and universities, desperate to raise their overall tuition revenue, even at the expense of their most deserving applicants.

The story, by reporter Maggie McGrath, documents a process thousands of colleges use, called “financial aid leveraging,” that begins by jacking up the list price for tuition as high as they think the market will bear. To justify that high price, colleges spend a whole bunch of money on student amenities that have little to do with the quality of learning but do help with the college rankings that so many magazines publish and which are key to these lesser known schools attracting applicants. Then, the colleges use their financial aid money to offer discounts to entice applicants from richer families that are more able to pay the rest of the inflated price to enroll. By way of example, the process would encourage a college to offer four $5,000 scholarships to applicants from rich families who can afford to pay the balance of the inflated list price, rather than giving a deserving applicant from a poorer family a $20,000 scholarship.

The result is a growing gap between what Pell Grants and other forms of aid can offer and the bloated price of tuition. Tori Haring-Smith, the president of Washington and Jefferson College estimates that America has $2.4 Billion dollars in unmet needs of students from poorer families while this relatively unknown and nefarious process has led to colleges offering $3.3 Billion of financial aid to students whose families could afford to pay for their college education without any help.

No wonder 75% of higher education business officers think their institution’s financial model is unsustainable over the next five years. During that time, we need to completely transform the way we finance higher education in America. Our plan would eliminate “financial aid leveraging” by giving every deserving student a scholarship that would fully cover their cost of tuition and use the power of the federal government to ensure that colleges don’t play these kind of “bait-and-switch” tactics with America’s future generations.