When President Obama announced his proposal, America’s College Promise, to make community colleges in America tuition free, it spurred a renewed dialogue among policy makers, the higher education community, the business community and others on how to reform our higher education system to make it an engine for economic mobility and growth in the United States.  The Campaign for Free College Tuition is helping focus these discussions by hosting a series of regional Summits on how to make college more affordable.

The most recent Summit was held on April 15, 2015, at the Hewlett Foundation headquarters in Menlo Park, CA with over 50 higher education stakeholders in attendance. U.S. Under Secretary of Education Ted Mitchell began the meeting,  much like CFCT’s national conference call with him on March 3rd, by engaging in a dialogue with CFCT’s President, Morley Winograd, on why community college’s should be tuition free.

Let me highlight a few of the key points from their presentation.

1. Our country’s economic growth strategy has always included government support for free, universal education – until now. Unfortunately, the share of higher education costs paid for by students and families increased from 33% in 1977 to just over 50% last year. 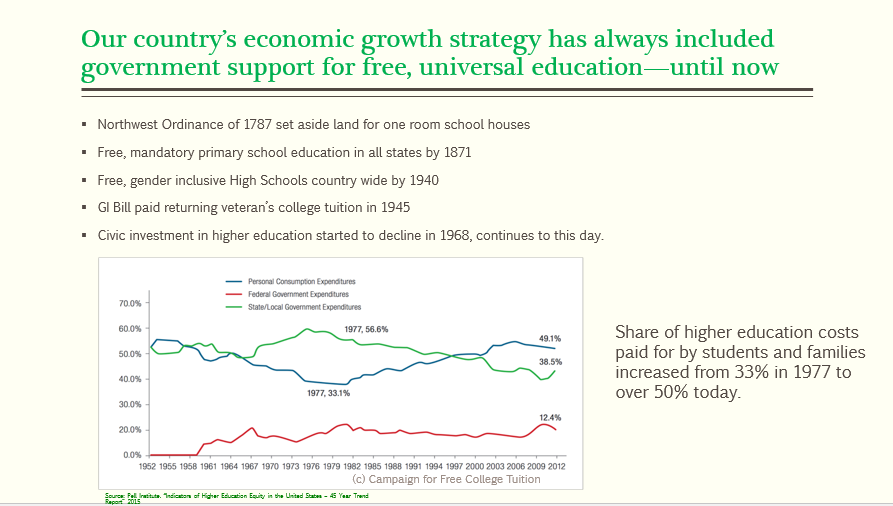 2. Up until 2000, future income was not dependent on having a college degree, but it has been ever since. In this century, wages for college graduates go up over a person’s lifetime, but not for those with only a high school diploma. This disparity will only increase due to our nation’s technology dependent service economy. 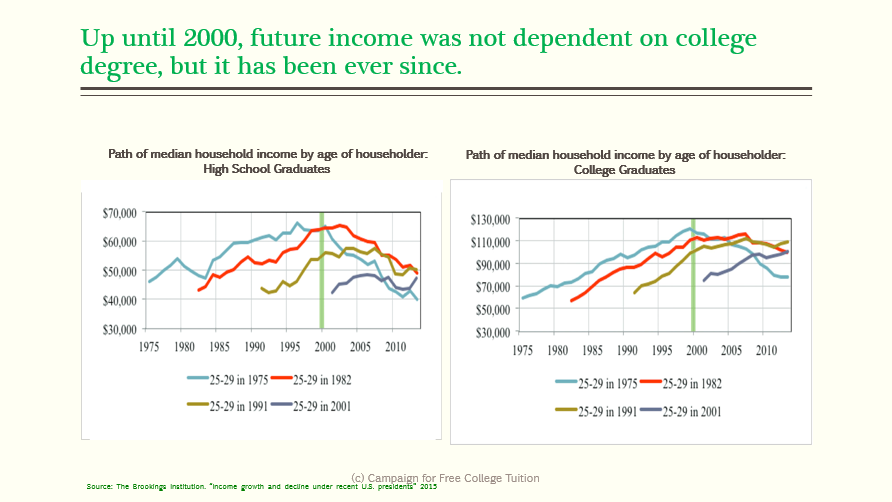 3. A college education in the 21st Century should be as free as a high school education was in the 20th century.  It is the level of learning now required to be employable and contribute to a knowledge-based workforce and economy. 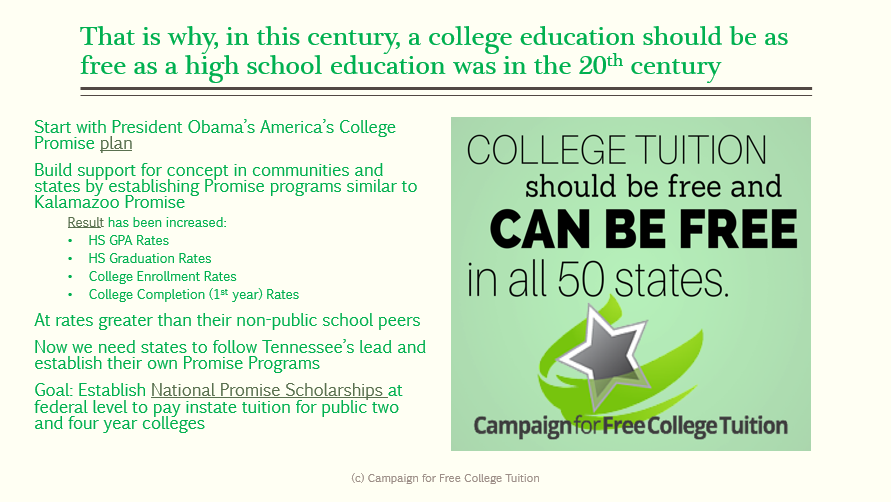 4. As demonstrated by the Kalamazoo Promise, which will be celebrating its 10th anniversary later this year, a commitment to free college has resulted in higher high school grades and graduation rates, and well as increased college enrollment and first year completion, by public school students compared to their private school counterparts.

The Summit also featured a discussion, led by TJ Bliss, Program Officer for Open Educational Resources (OER), Hewlett Foundation, on the role of open educational resources in addressing college affordability.  The Foundation is planning to roll out “ZCT-Degrees,” by which students use the latest technology instead of traditional textbooks, to shave 25% from the total cost of a community college degree.

As a result of the Summit, a number of promising conversations have taken place to make college more affordable in California.  We will be telling you more about specific policy proposals and how you can help as the momentum from the Summit continues to build.