The Campaign for Free College Tuition (CFCT) is a non-profit bi-partisan coalition of individuals and groups who believe today's economy requires the country to make higher education affordable for everyone if we are going to have a workforce with the skills needed for us to compete in the global marketplace. Established as a 501c3 non-profit in 2014, CFCT has been at the forefront of the free college tuition movement since its inception.

CFCT evolved from discussions that started in 2013 among a group of former elected officials and policy experts who wanted to make another contribution to America’s future. As we were coming of age, we were forcefully reminded by John F. Kennedy that the responsibility of being born into such a privileged period is a requirement to give back and we saw CFCT as perhaps our last, best chance to respond to his call. The discussions grew to include academicians, Millennial groups and business leaders who were interested in finding the best way to address the challenges of college access, affordability, and attainability.

At the end of our discussions, we made a mutual commitment to create a national public policy that eliminates cost as a barrier to attaining such an education for every American who is academically ready and personally determined to earn a post-secondary degree or certificate. We do not plan to do this alone. A partnership with tomorrow’s leaders and workers, our children and grandchildren, must be forged to convince our elected officials to make the needed changes.

We believe that it is time for older Americans to provide younger generations with many of the same possibilities we enjoyed by fundamentally reforming our nation’s system for financing higher education. The growing divide between family income and higher education cost increases have made the current system unworkable. Without fundamental changes the problems will get even worse.

The Campaign for Free College Tuition is building a broad coalition in support of increasing opportunity and building a stronger economy by making public colleges tuition free. Please join our Campaign by signing up for alerts today and by sharing your own commitment to making college tuition free with your friends and colleagues.

The Campaign for Free College Tuition 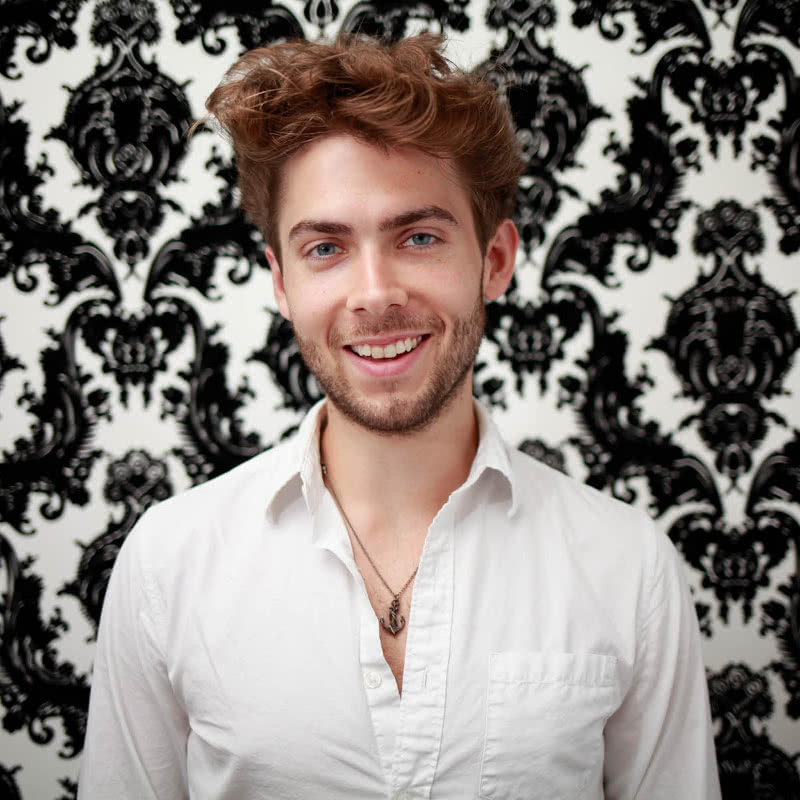 Ryan Morgan is a political strategist and data analyst, focusing on fundraising, digital tools for campaigns and non-profits, and legislative advocacy. He started his political career at the University of North Carolina at Chapel Hill, where he organized students; building a campaign that ended up lowering total student tuition by $1.4 million per year.

Since 2014, Ryan has advised the Campaign for Free College Tuition on social media and online communication strategies. In this capacity, he helped CFCT secure over ten thousand supporters and supervised the development of the organization's website. 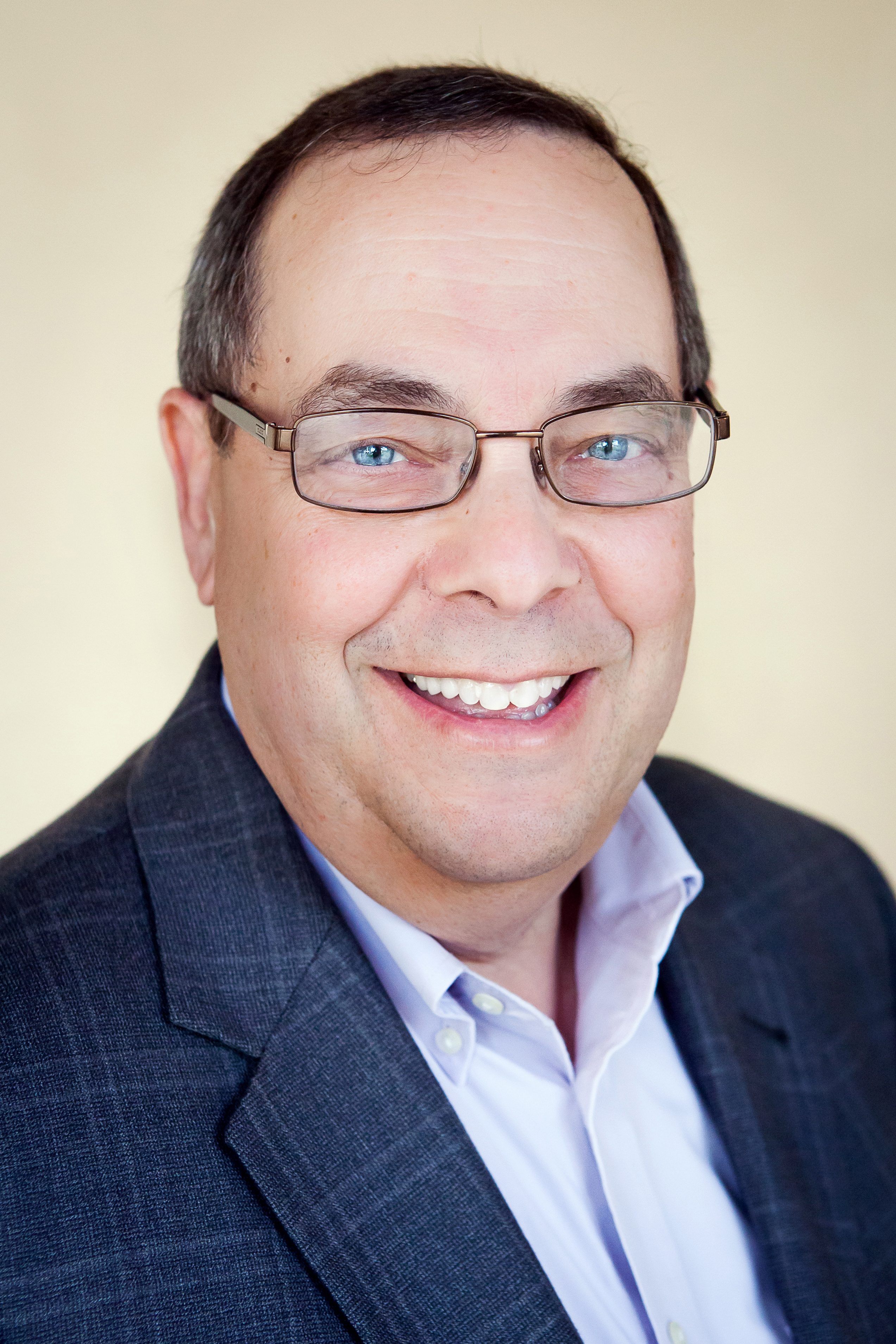 Morley Winograd  Partner, Mike & Morley, LLC
Chairman of the Board, The Campaign for Free College Tuition

Morley Winograd is a nationally known expert on the Millennial generation.  He is co-author (with Mike Hais) of three highly acclaimed books, “Millennial Momentum” (2011), “Millennial Makeover” (2008), and “Millennial Majority” (2013) on the impact the generation will have on America’s future. Morley is also a Senior Fellow at the University of Southern California’s Annenberg School’s Center on Communication Leadership and Policy. He served as senior policy advisor to Vice President Al Gore during the second term of the Clinton administration and directed its reinventing government efforts. 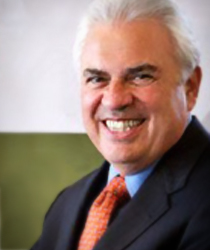 Doug Ross has started and managed public charters schools in Michigan. His work currently focuses on learning how to turn around failing urban high schools. Doug has also had a distinguished public service career. During President Clinton’s first term, he was Assistant U.S. Secretary of Labor for Employment and Training; he previously served as Michigan’s Director of Commerce and a member of the Michigan Senate; and he most recently served as a senior adviser to Gov. Gretchen Whitmer. 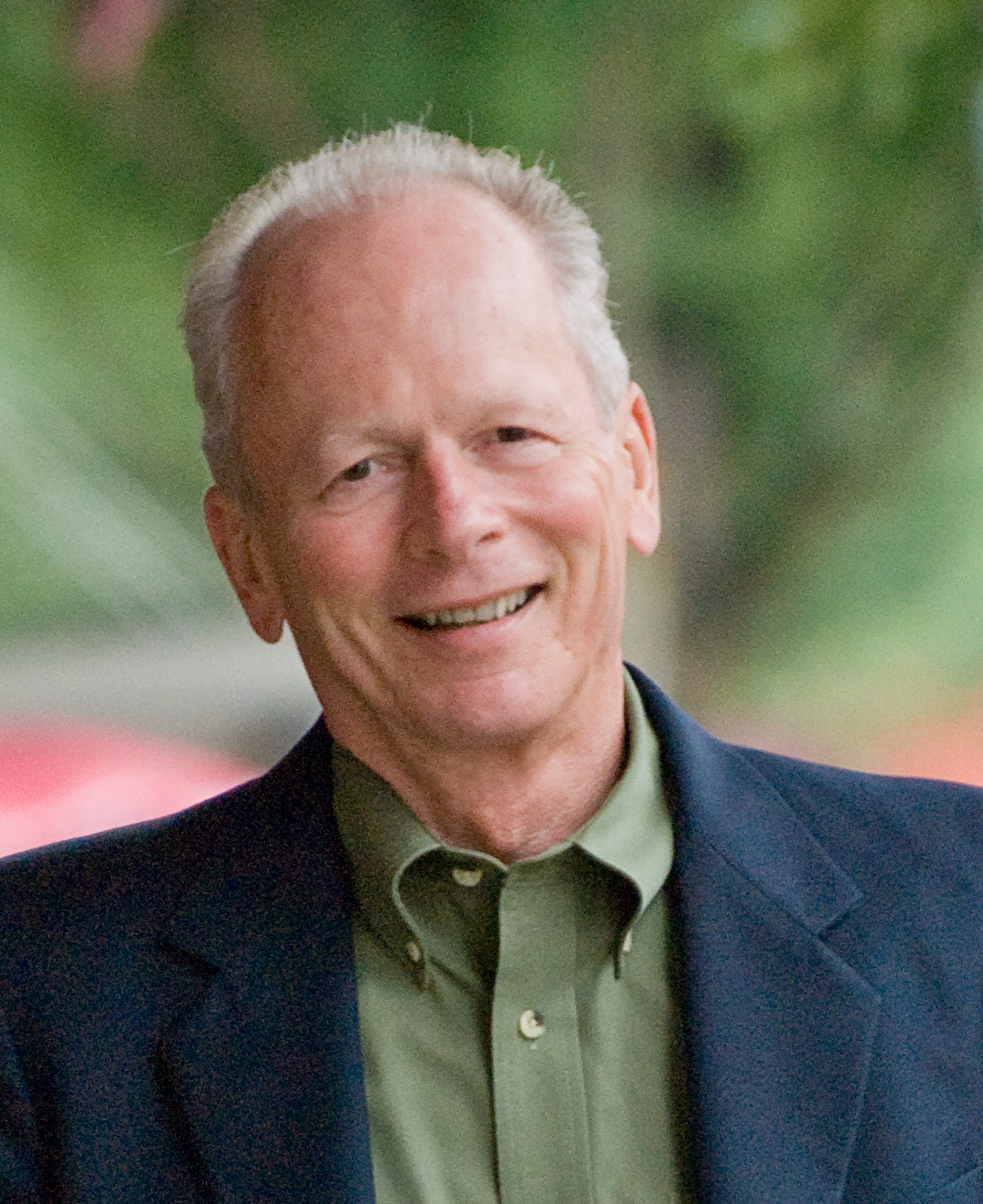 Prior to founding his public affairs firm in 1987, Laird served as assistant director of the Community Services Administration during the Carter administration and Chief Policy Assistant for Governor Booth Gardner of Washington.  As a consultant, Laird provides public affairs and strategic communication planning services, facilitates efforts to resolve disputes and identify common interests among government and private sector officials, and works with executives and boards of directors on strategic planning.  Laird also has extensive campaign management experience and teaches strategic communications at the University of Washington. 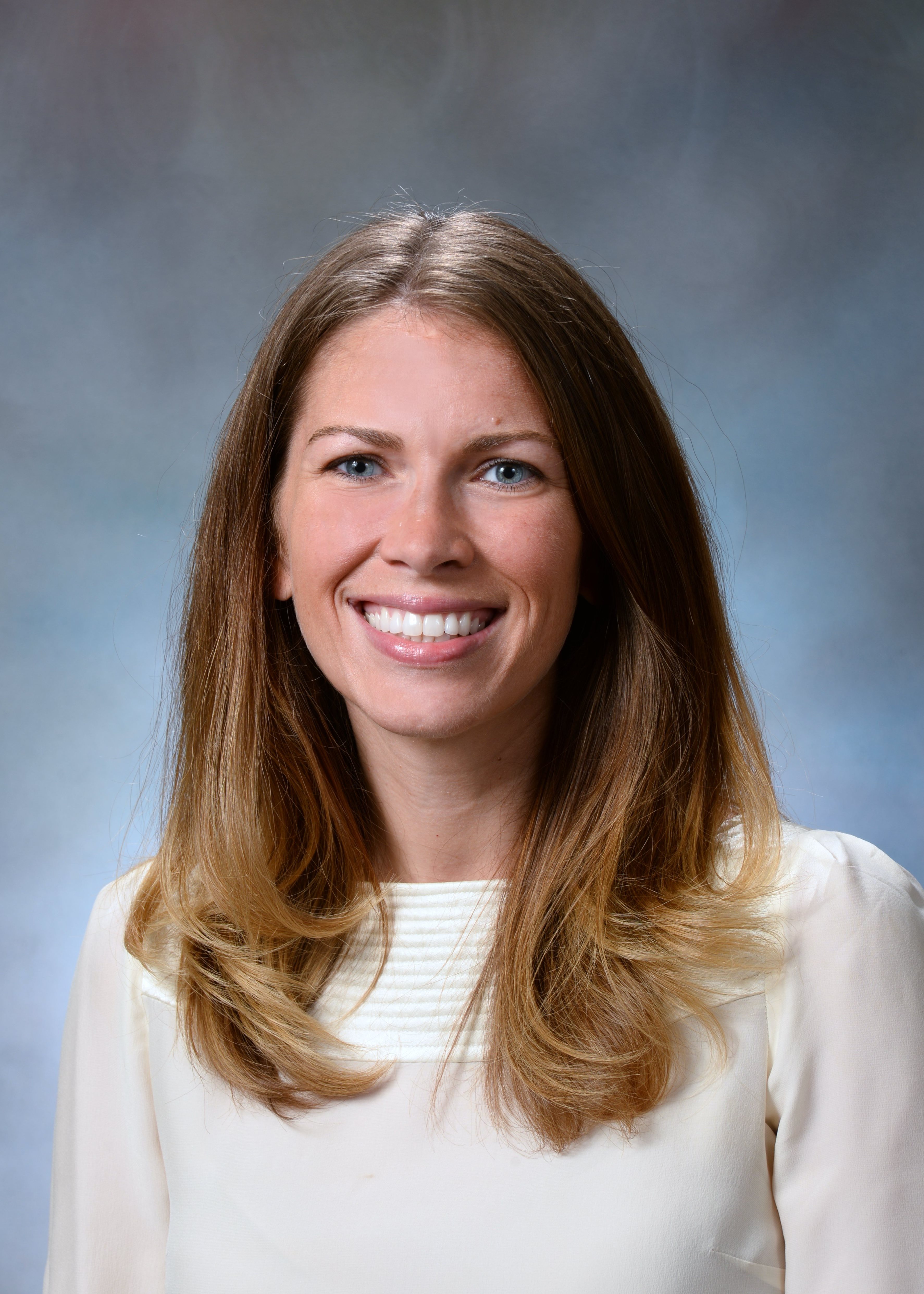 Krissy DeAlejandro is the Executive Director of tnAchieves, a scholarship and mentoring program that supports students as they transition from high school through post-secondary. Launched in 2008, tnAchieves currently serves as the partnering organization for Governor Haslam’s Tennessee Promise. Since inception, tnAchieves has worked with nearly 320,000 students and boasts college retention and graduation rates above both state and national averages. The program is also responsible for annually recruiting, training and retaining more than 7,500 volunteer mentors to work with its students as the overwhelming majority are the first in their families to attend college. As the leader of the largest college access and success nonprofit in the country, Krissy is deeply committed to increasing the number of Tennessee students with a degree.

Prior to her work with tnAchieves, Krissy served as Deputy Chief of Staff to the Knox County Mayor where she focused on workforce development and higher education initiatives.

Raised in a small town in rural Tennessee, Krissy is first in her family to attend college. She received her bachelor’s degree from Sewanee: University of the South. She pursued her master’s degree and doctorate at the University of Tennessee where she also began teaching at age 24. 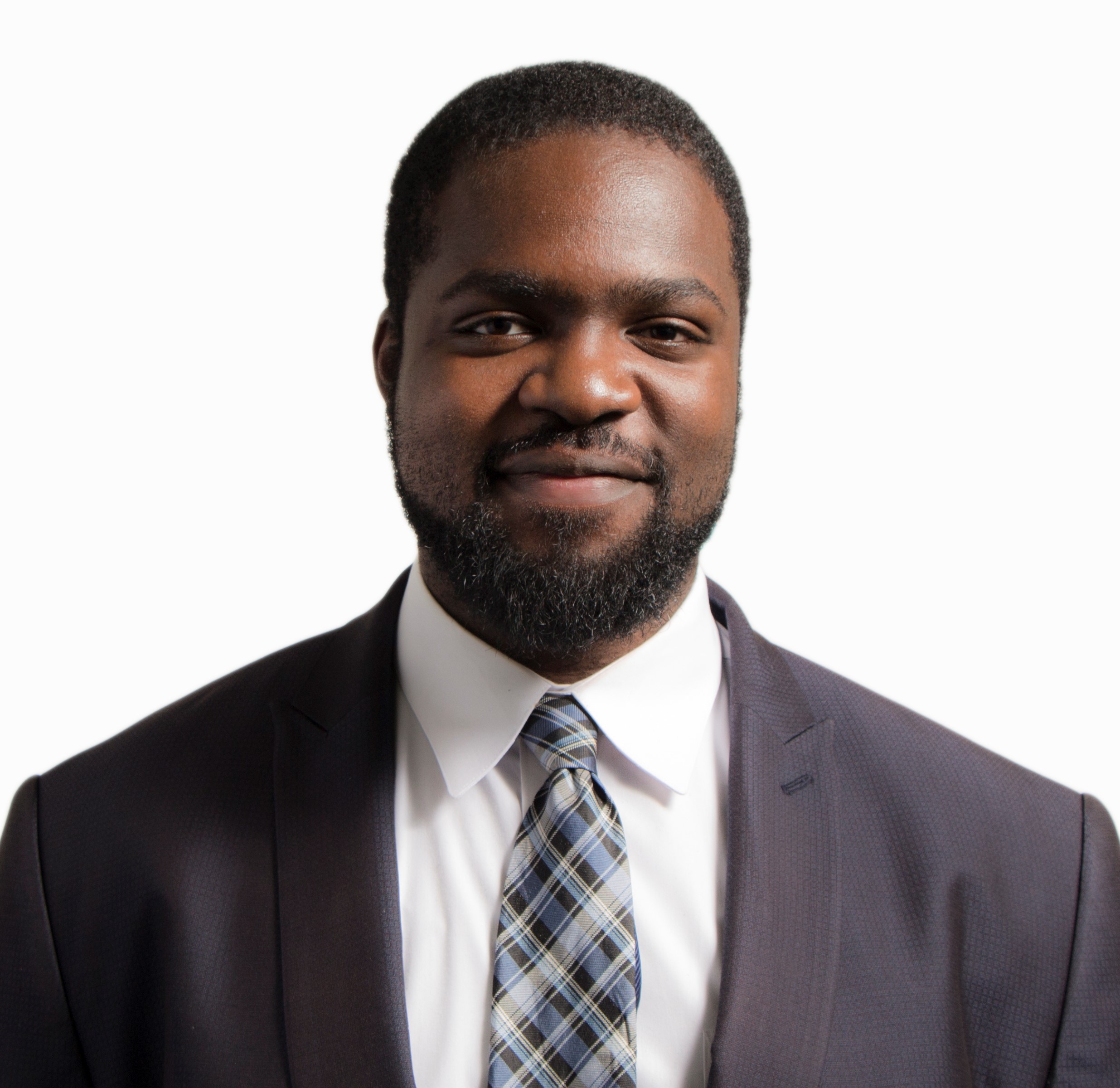 Ernest Ezeugo is a policy analyst and government affairs consultant specializing in higher education. He was recently the policy director at the National Campus Leadership Council (NCLC), where he directed the organization's policy analysis and advocacy work. There, he also managed the Student Policy Alliance project, an infrastructure building effort to elevate student voice in higher education policy, partnering with student-led advocacy organizations across the nation.

Prior to joining NCLC, Ernest worked with the Education Policy program at New America. There, he supported research projects on topics involving equity, outcomes, the ethics of predictive analytics in higher education, public opinion of higher education, and higher education’s role in economic mobility. Additionally, he worked at the U.S. Department of Education, where he supported the Obama administration's educational technology efforts.

Ernest is also a contributing writer at Forbes, where he writes about higher education in America. He has other bylines in Slate, the Hechinger Report, Diverse: Issues in Higher Education, and EdSurge. 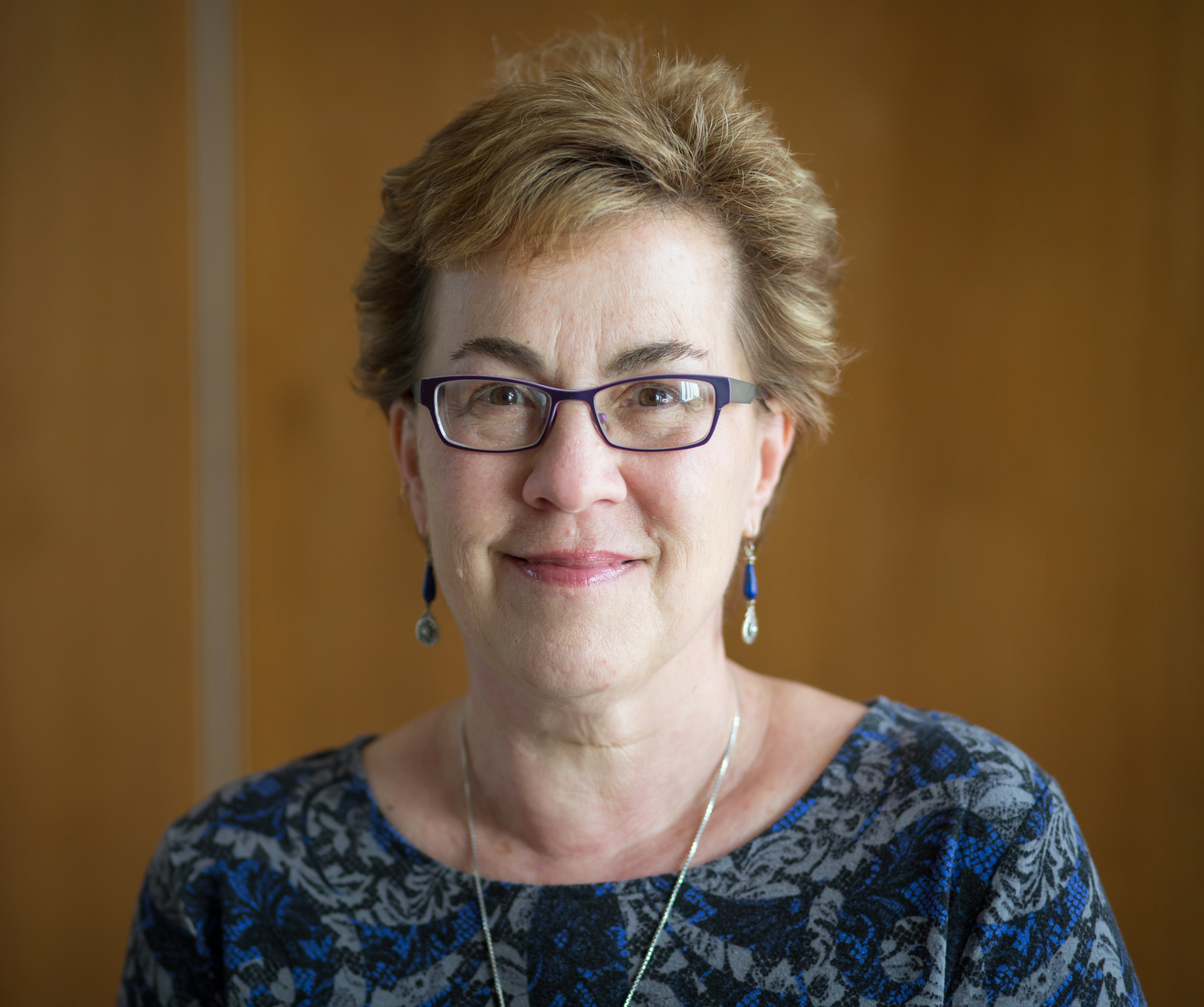 Miller-Adams’s work at the Upjohn Institute focuses on the local, state, and national movement toward tuition-free college. She is the author of The Path to Free College: In Pursuit of Access, Equity, and Prosperity (Harvard Education Press, 2021), Promise Nation: Transforming Communities through Place-Based Scholarships (Upjohn Institute, 2015), The Power of a Promise: Education and Economic Renewal in Kalamazoo (Upjohn Institute, 2009), and Owning Up: Poverty, Assets and the American Dream (Brookings Institution Press, 2002), as well as an earlier book on the World Bank. One of the nation’s leading experts on the Kalamazoo Promise and the free-college movement, she speaks with local and national media and advises state policymakers and community stakeholders on their tuition-free college initiatives.

Miller-Adams is co-director of the Upjohn Institute's place-based research initiative that explores strategies for creating broadly shared prosperity within communities facing economic challenges. She is also co-project director of a Strada Education Foundation grant to study the workforce outcomes of Promise programs. In addition to her role at the Institute, Miller-Adams is a professor of political science at Grand Valley State University. 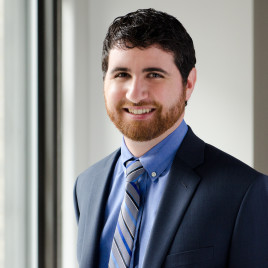 Aaron Straus Garcia is a communications strategist who first began working with the Campaign for Free College Tuition (CFCT) in 2014 and played a vital role in the organization’s launch and early development.

Aaron leads business development and marketing at Global Strategy Group (GSG), a top research and public affairs agency. Leveraging his unique background in communications and brand advocacy, he works with teams across the firm to develop and execute a diverse range of marketing initiatives and drive new business wins.

His experience spans politics, advocacy, and business. He began his career working on Democratic campaigns, including the Obama campaign in 2008. In the early 2010's he built a digital strategy agency, Veracity Media. He has also led progressive groups fighting to combat disinformation online and has worked at two SaaS startups.

Aaron earned his bachelors degree in Media and Communications from Suffolk University, Boston in 2009. 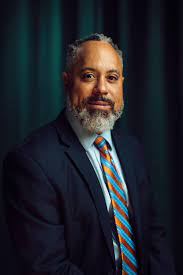 Von Washington Jr. certainly understands the value of an education. Growing up the son of a college professor and professional actress, Von has been exposed to his parents’ love for and expertise in written and verbal communications for as long as he can remember. As executive director of community relations for The Kalamazoo Promise, Von is tasked with being the spokesperson for The Kalamazoo Promise, which includes responsibilities to key community stakeholders, media relations, and promoting a system of communication and information around a common vision of becoming an education community.

The prior to working with the Kalamazoo Promise, Von was an associate-vice president at Southwest Michigan First and concentrated his efforts on business development by partnering with existing regional companies on their job creation efforts. Von served as principal of Kalamazoo Central High School from August 2007 to July 2012.

He holds a bachelor’s degree from Western State College of Colorado and a master’s of Educational Leadership from Western Michigan University. 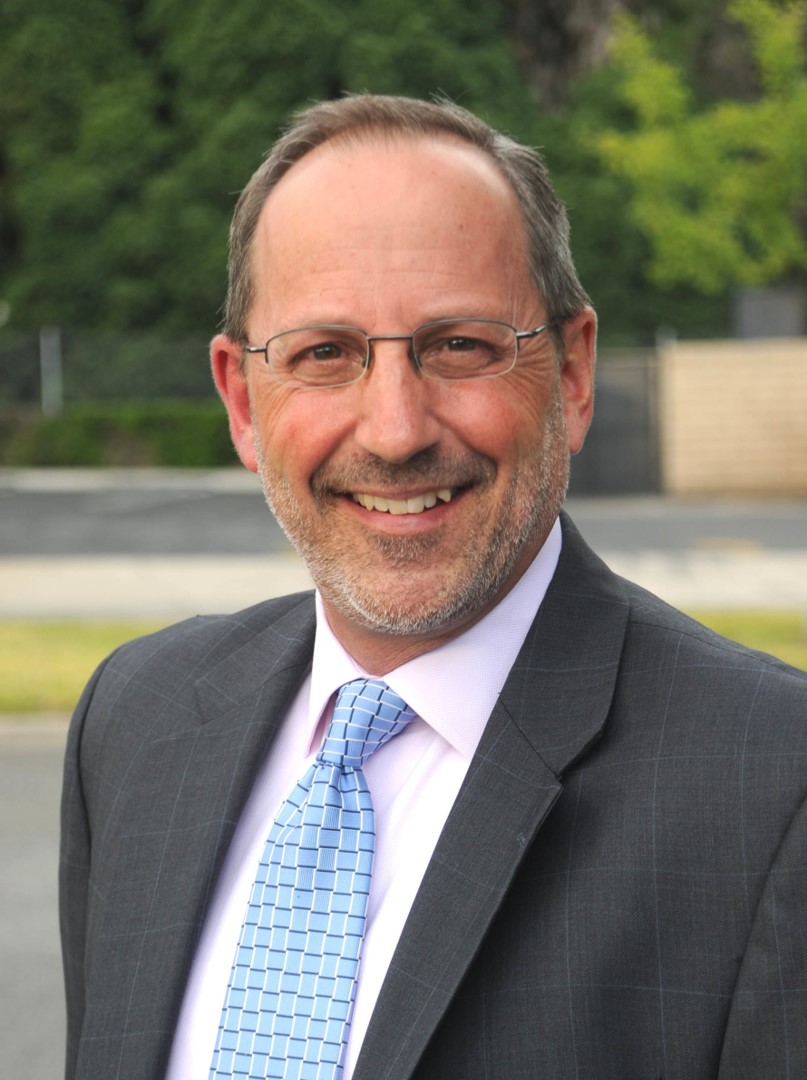 Jack MacKenzie is the Founder and CEO of CollegeAPP, a higher education focused data analytics and consulting firm. CollegeAPP is a proprietary application of predictive analytics designed to help colleges and universities identify adults who have intent to acquire additional education.

MacKenzie spent twenty years as a Los Angeles-based media and entertainment market research executive. During that time, he was credited with creating breakthrough research-based services including The Millennial Strategy Program™, America2014™ and EmotionalDNA™.