We believe college tuition should and can be free, just as it is in increasing numbers of states and communities across the country.
Here's how we'll get it done.

The Campaign for Free College Tuition is pleased to release their new resource, Invest In Your State's Future Now: A State Leader's Guidebook For Making Public Colleges Tuition Free.

Thanks to the American Rescue Plan Act approved by Congress, as well as rebounding state revenue streams, free college tuition is a policy every state can afford to undertake.

This report is written for state policy makers, including executive and legislative elected officials and their staff. In drafting the document, we solicited input and feedback from people in those positions who had successfully enacted free college tuition plans in their state as well as experts in higher education policy from around the country. Using this guidebook, we can get closer to making free college tuition a reality in all 50 states. 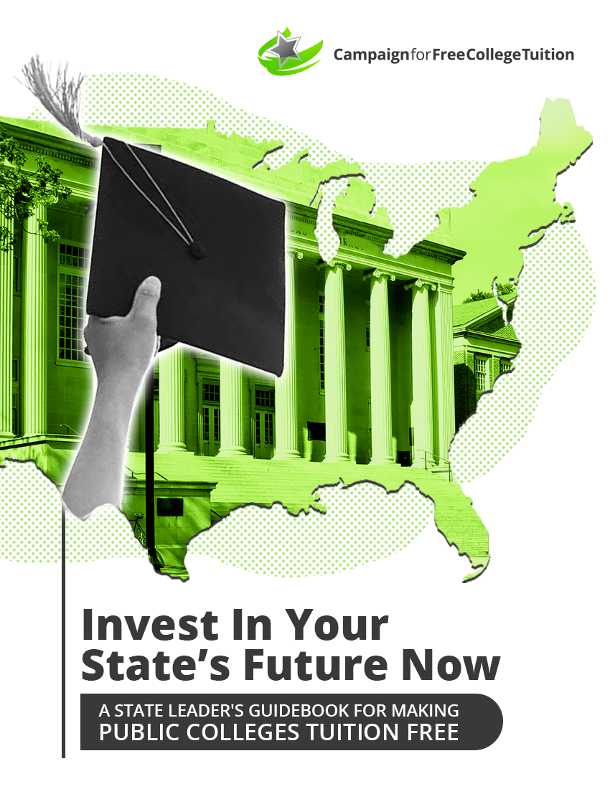 The Campaign for Free College Tuition is happy to provide you with Making Public Colleges Tuition Free: A Briefing Book for State Leaders.

We have designed the briefing book to help state policymakers think through the elements of making college tuition free. Accordingly, it contains advice on funding, building support, drafting policy, and many proven examples of successful programs. Throughout the briefing book CFCT outlines different provisions we believe will produce a return on a state’s investment, which more than justify the establishment of such programs.

This document, however, does not suggest there is only one path states must follow to make their colleges tuition free. 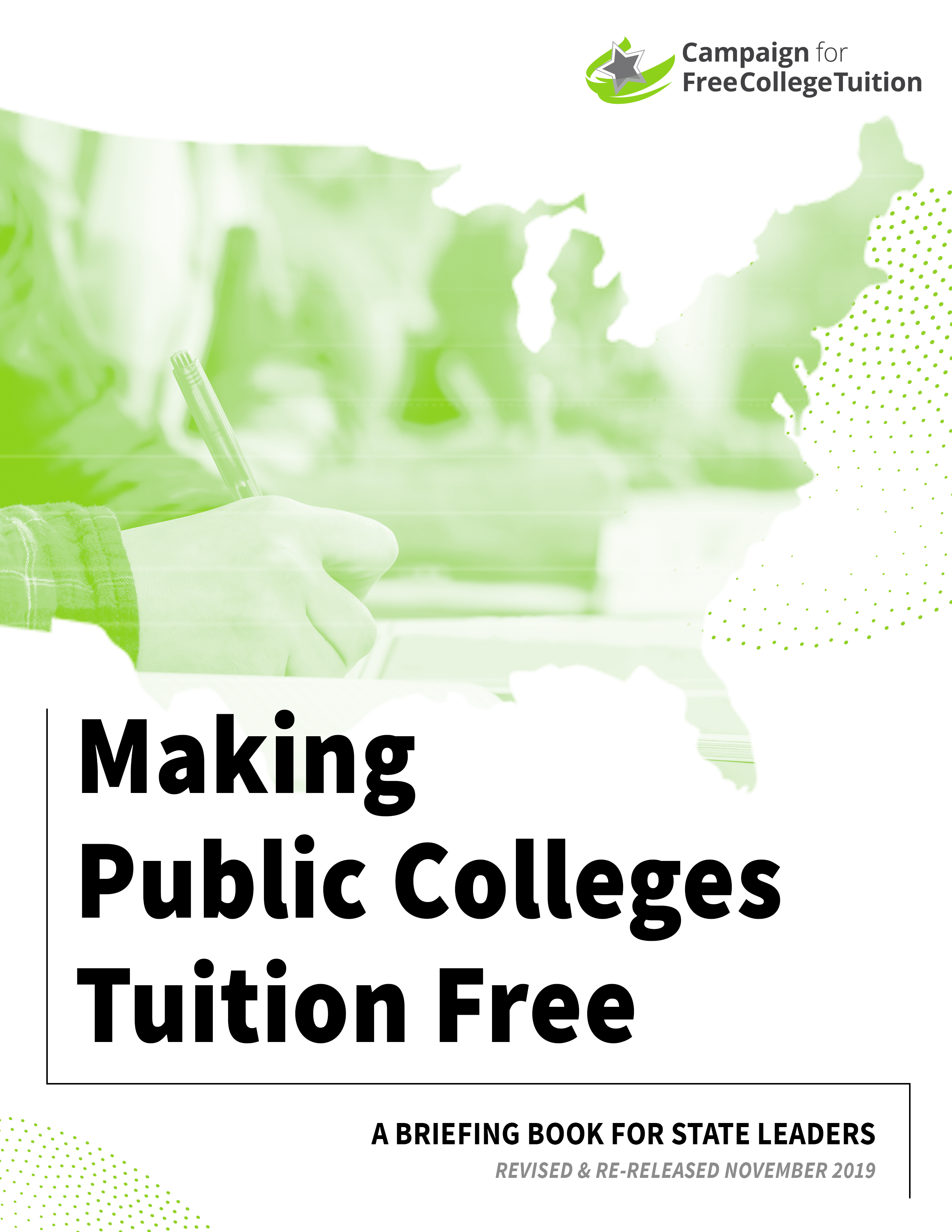 SUPPORT FOR FREE COLLEGE TUITION IS REMARKABLY HIGH AND STABLE. CHECK OUT OUR LATEST POLLING. 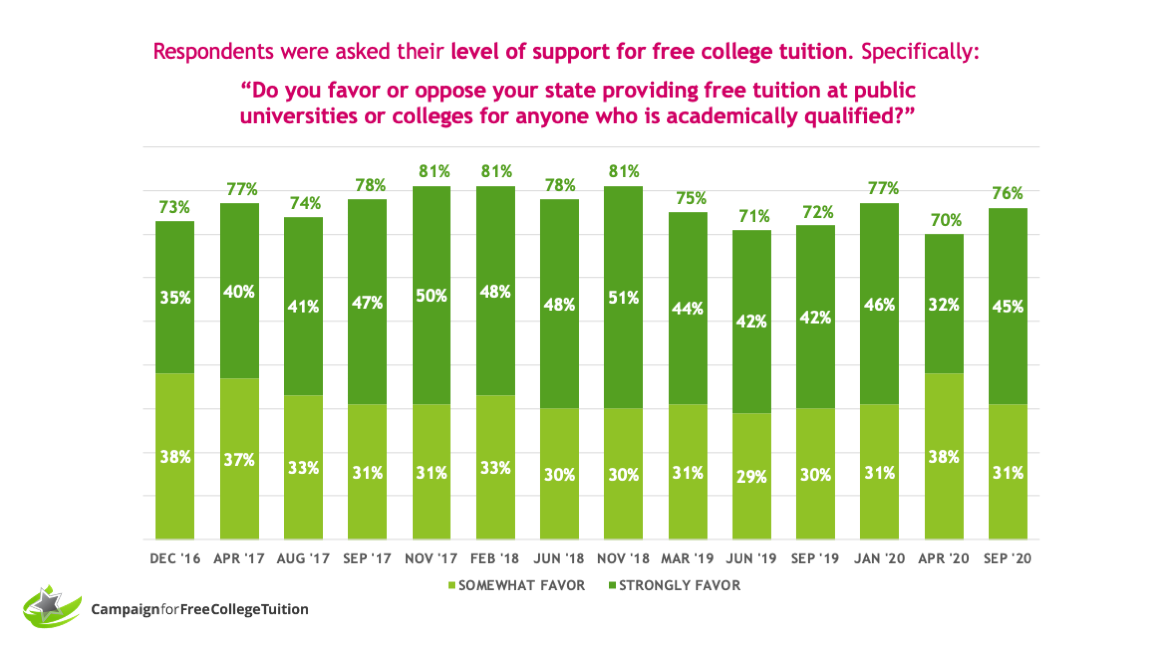 The latest results from the Campaign for Free College Tuition’s exclusive quarterly survey of national attitudes are in! Starting shortly after the 2016 election and as late as September of 2020, 800 - 1000 adult Americans were asked if they strongly supported, somewhat supported, somewhat opposed, or strongly opposed the idea of their state (or the federal government) providing free tuition at their colleges or universities for anyone who was academically qualified. Free college tuition continues to enjoy wide, bipartisan support, a rarity for most issues in our highly polarized political environment. In September’s poll, 90 percent of Democrats, 63 percent of Republicans and 74 percent of Independents support their state providing free college tuition to academically qualified students.

Free Tuition for the Win is a report for candidates running for state elected office by The Campaign for Free College Tuition. In our research, we solicited the input and feedback of candidates, campaign managers, experts in higher education policy, students, and more.

What's in this report? 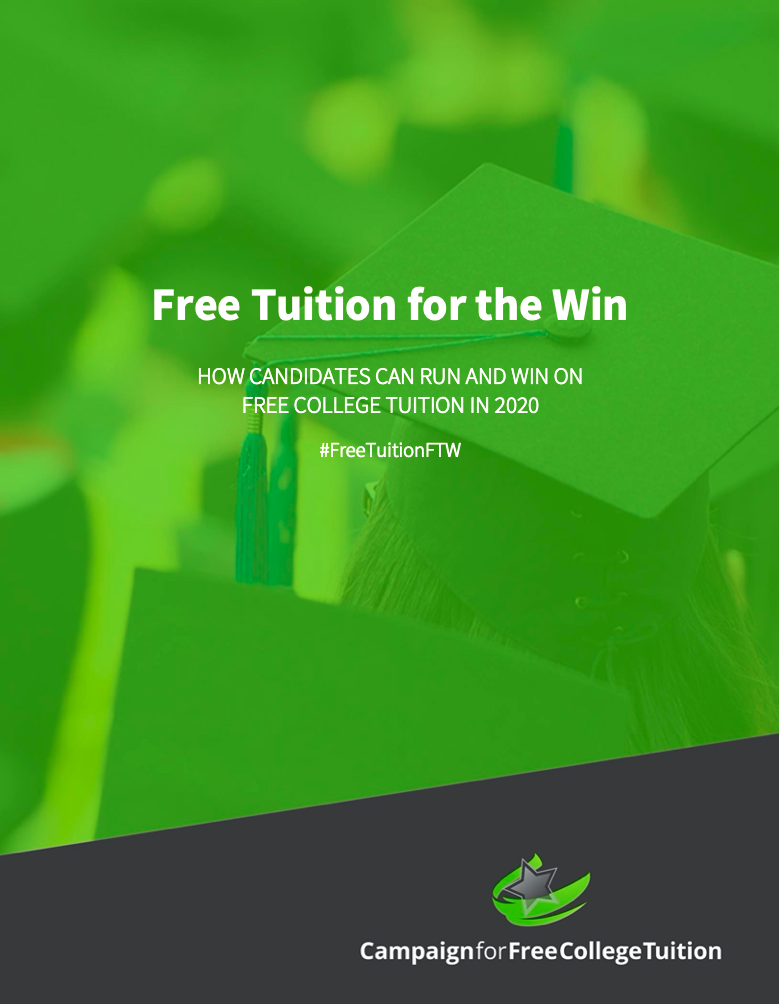 You Won! Now What? Tool Kit

You Won! Now What? is a tool kit is designed by The Campaign for Free College Tuition, and Rise, Inc. to help legislators and executive branch officials begin 2019 with a thorough and actionable strategy for building or expanding a free college tuition program in their state.

Often, governance is framed as a tradeoff between doing politically expedient things and “doing the right thing.” The good news is that elected officials working on free college tuition do not have to choose.

In the tool kit, you will find a framework and resources for setting the agenda and building an advocacy program that will deliver real results. Additionally, you will find tactics for overcoming obstacles that may arise along with suggestions that will make your free tuition program sustainable. 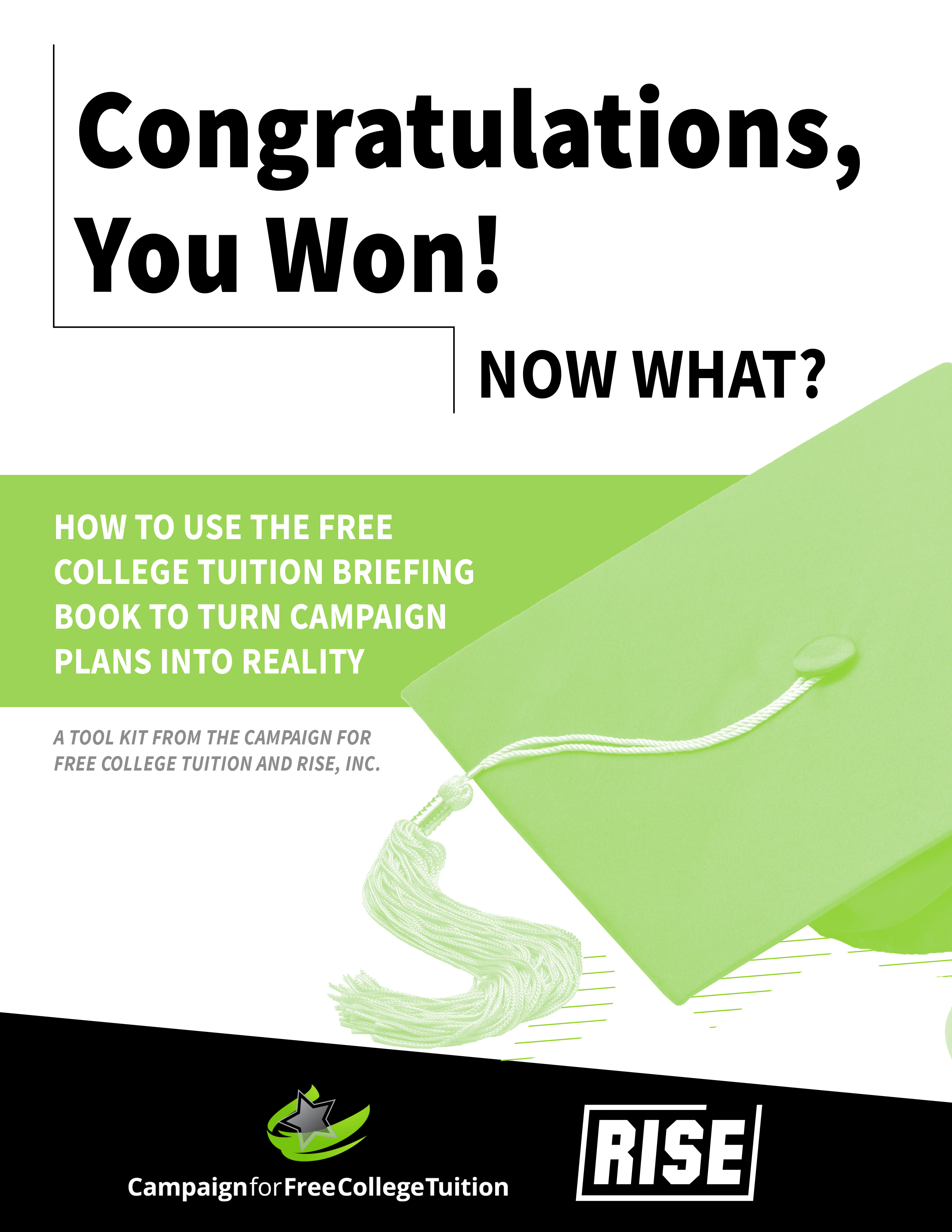 Based on her research, Sara Goldrick Rab, Professor of Higher Education Policy and Sociology at Temple University, declared there is “no single higher education policy that fixes all problems, but free college fixes more with one single policy reform than any other.