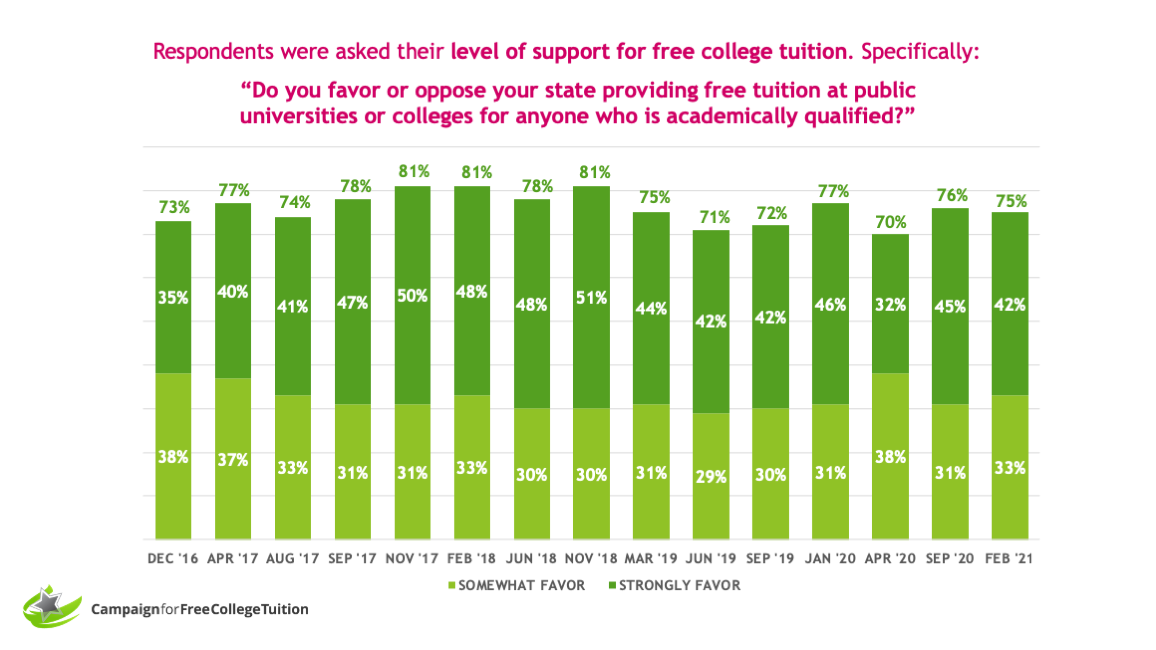 American’s in all demographic and political groups support making public colleges tuition-free, according to the Campaign for Free College Tuition’s latest survey, conducted after Labor Day. We tested four different proposals for free college tuition and all of them received at least 73 percent overall support.

The Campaign for Free College Tuition in partnership with PSB Research surveyed 900 Americans aged 18+ in April 2020 to determine their level of support for a variety of free college tuition ideas. Overall, the results showed support for states providing free college tuition remains stable and strong, including using the idea as part of their economic recovery program.

In the midst of an often contentious 2020 presidential campaign, the Campaign for Free College Tuition’s first poll of 2020 shows remarkably strong, stable, and bipartisan support for states making public colleges tuition-free. Overall, 77 percent of Americans want their state to provide free tuition at public colleges or universities to any academically qualified student.