American’s in all demographic and political groups support making public colleges tuition-free, according to the Campaign for Free College Tuition’s latest survey, conducted after Labor Day. We tested four different proposals for free college tuition and all of them received at least 73 percent overall support. 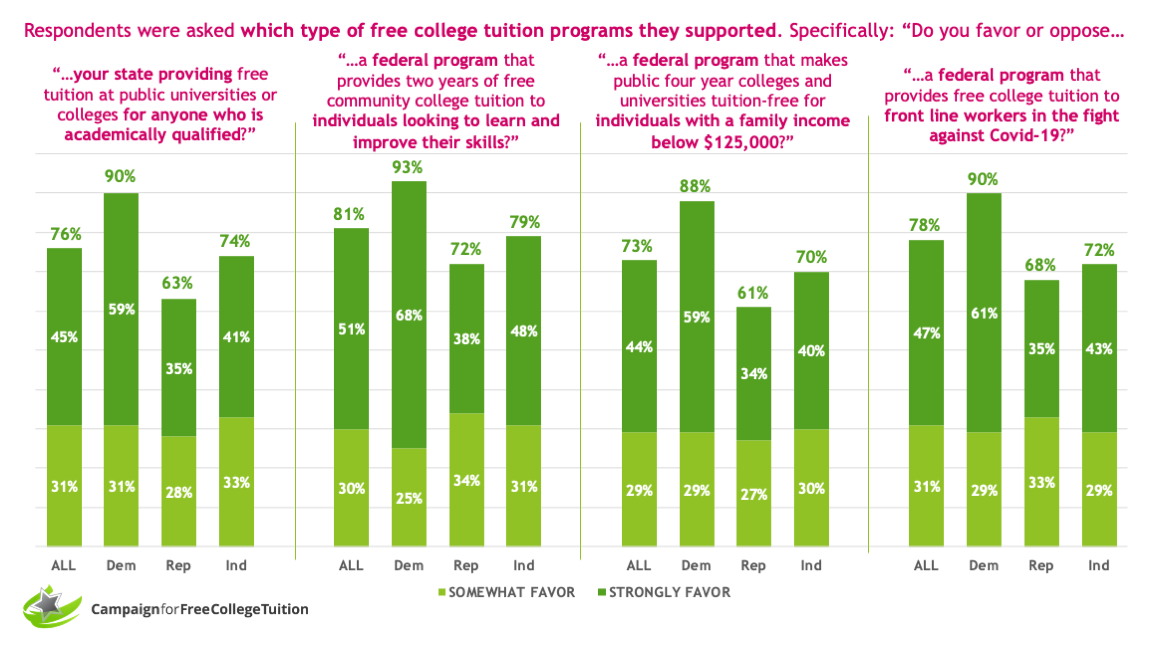 Democratic support of this idea was nearly universal with 93 percent support – including 68 percent strong support. Independent and Republican support was also strong at 79 and 72 percent, respectively. In fact, Republican support for this idea – 38 percent strongly support and 34 percent somewhat support – represents this partisan group’s highest level of support for a free college program since CFCT began polling on the issue in 2016.

The second most popular free college plan tested was for “a federal program that provides free college tuition to front line workers in the fight against COVID-19.” This idea received 78 percent overall, with 90 percent of Democrats, 68 percent of Republican and 72 percent of Independents supporting the concept. In confirmation of this result, after MI Governor Whitmer launched her “Futures for Frontliners” program that makes this concept a reality, more than 50,000 Michganders signed up in just ten days.

The polling was conducted in partnership with PSB Research and SurveyGizmo with 1,000 respondents age 18+. The sample has a Margin of Error of +/-3.2% and was weighted to US Census on age, gender, race, educational attainment and region of the country.