The Campaign for Free College Tuition (CFCT) announces that Ryan Morgan has succeeded Morley Winograd as CEO of the non-profit coalition. Winograd will continue to serve as Chairman of the Board of Directors.

Michigan college scholarships are good. We can still do better.

Michelle Miller-Adams is a senior researcher at the W.E. Upjohn Institute for Employment Research and a CFCT board member. The opinions represented in this posting are hers and not necessarily those of CFCT. This opinion piece was originally published at Bridge Michigan.

This recent opinion piece in Newsweek by Denisa Gándara, assistant professor in the Department of Educational Leadership and Policy at UT Austin, sums up CFCT’s position on the recent decision to forgive college debt by President Biden, and its relationship to free college tuition. 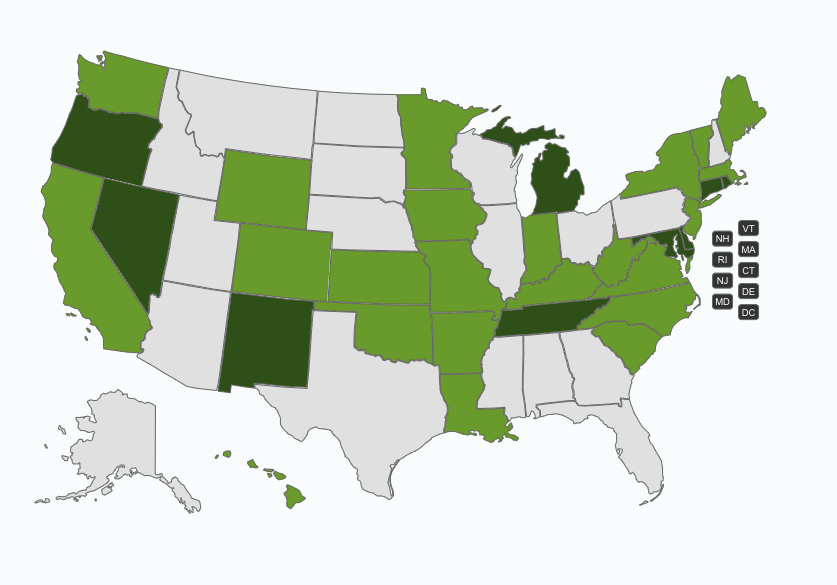 Earlier this year, Maine Governor Mill’s program to provide high school students impacted by the pandemic with free college tuition passed the legislature, turning the most north-eastern state in the country a nice shade of green.

Keep It Simple, Make It Free

These six words provide a blueprint for what public colleges can do to reverse the dangerous declines in enrollment they have experienced since Covid became part of our world. Both newly released research and the experience of states that have based their programs on those research findings demonstrates the power of tuition free college to attract students who want to increase their chances for future economic success. What’s more, such programs have generated bipartisan support that has helped thirty states adopt some form of free college, filling our Momentum Map with unprecedented levels of green.

According to a recent Monmouth University poll, 71% of Americans want Democrats and Republicans to work together in Congress. But is it really possible in a nation and state whose politics and people are so polarized?

As state economies rebound from the COVID-19 pandemic, we are pleased to report that there has been considerable recent activity to enact or expand state programs that make public colleges tuition-free. The programs detailed below, in most instances, enjoyed bipartisan support and were the product of strong gubernatorial leadership.

As one of the founders of the Campaign for Free College Tuition in 2013, I argued strongly that historical inevitability and economic necessity were reasons enough to engage in what at the time seemed like a long-shot cause. But along with the other founders, I knew that whenever the American economy had undergone fundamental change, the nation had responded by expanding and refashioning the public education system to meet the new demands of the workplace.