The Campaign for Free College Tuition advocates making all four years of college free for deserving students. Here are some resources to learn more about the programs that already exist for students and what is being done to make this a reality across the country. 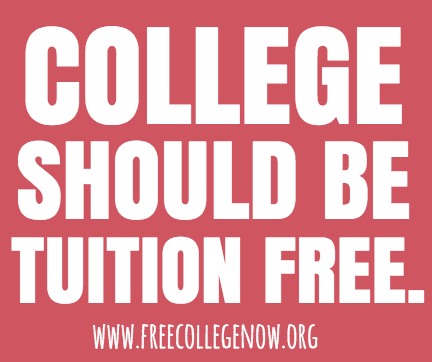 One Pager - The Campaign for Free College Tuition

The Campaign for Free College Tuition (CFCT) is a 501(c) 3 non-profit organization formed to build support for free tuition at public colleges and universities for low and middle income students. 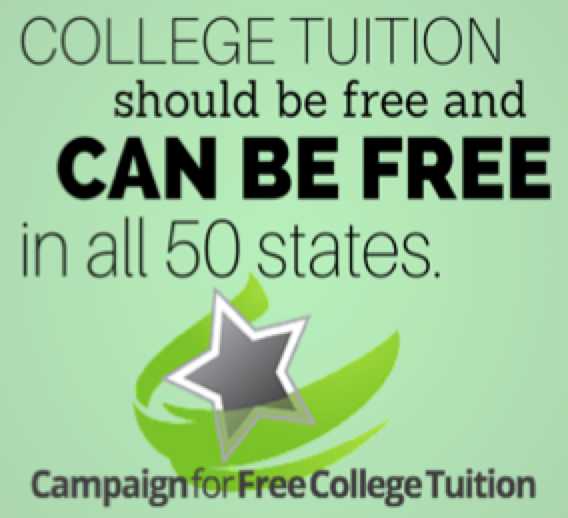 Our country’s economic growth strategy has always included government support for free, universal education—until now. That is why, in this century, a college education should be as free as a high school education was in the 20th century. Here are five slides that show information and resources that make our point. 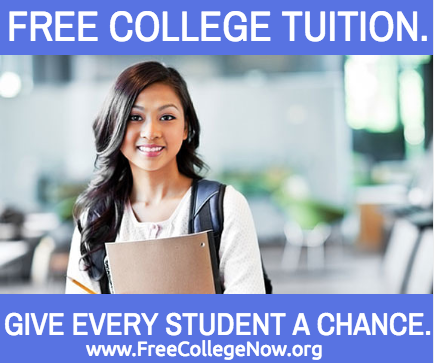 Why Now? - The Campaign for Free College Tuition

It’s a simple fact that our nation’s economic success depends on a highly educated and skilled workforce. But, with higher education tuition and fees continuing to rise, up to 70% in the last five years in some states, and incomes stagnating for lower and middle class Americans, the ability of millions of families to afford the key to economic and social mobility for their children has been greatly diminished. 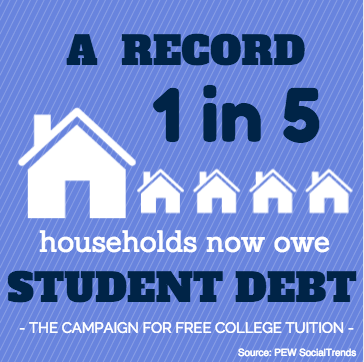 Kalamazoo Delivers on Its Promise - The Campaign for Free College Tuition

The single biggest challenge in equalizing economic opportunity in America has been finding a way to bring the educational performance of urban students up to the level of those attending school in the suburbs. The latest research on the Kalamazoo Promise, which inspired our Campaign originally, suggests the key to meeting this challenge is to enact programs such as theirs to provide a guaranteed free college education for everyone in America. 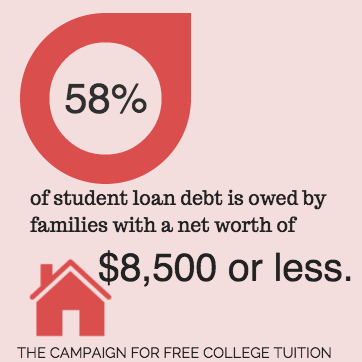 Since Gov. Bill Haslam signed Tennessee Promise into law eight months ago, it has attracted a chorus of praise from other states, education experts and the White House, but leaders here can't afford to rest on their laurels. The pioneering program is still in its infancy, and many questions about its reach and efficacy remain unanswered.